Pitfall! has been holding it down as the grandfather of the modern day platformer since its release in 1982. The premise of the game is to avoid falling down pits.

Pitfall! is a 2D platforming adventure where the player has to find 32 treasures within a time limit of 20 minutes. Players control the character Pitfall Harry and have to guide him through a dense forest filled with deadly obstacles such as snakes, scorpions, rolling logs, alligator infested swamps, and bottomless pits.

Pitfall! was created in 1982 by Activision employee David Crane. The game was a technical achievement in that it had multiple animated sprites of varying colors with no flickering. Pitfall! introduced the basic concept of having a character jump around to avoid obstacles and collect items, which is now the basis for all platformers. The game was a massive success on the Atari 2600 and had ports for numerous game systems afterwards.

The character in the game is lovingly referred to as Pitfall Harry. 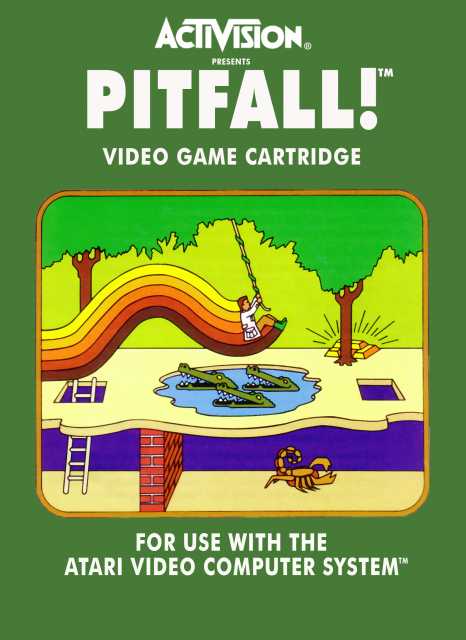