Lords of the Rising Sun

An action/strategy game set in Feudal Japan, specifically around the Genpei War of the 12th century. It is Cinemaware's follow-up to Defender of the Crown.

Lords of the Rising Sun (simply Rising Sun in Japan) is a strategy game with action mini-games. It follows the same blueprint of Cinemaware's earlier Defender of the Crown, transplanted to a historical Japanese setting. Originally released in 1989 for the Commodore Amiga, it was adapted to be one of the earliest CD-based games, released on the CD-i and TurboGrafx-CD.

The game is set during the Genpei War, where the rival Taika (Heike) and Minamoto (Genji) samurai clans fought for power in the Imperial Court. The player can choose to fight as Yoshitsune Minamoto, Yoritomo Minamoto or Kiroyomi Taira. 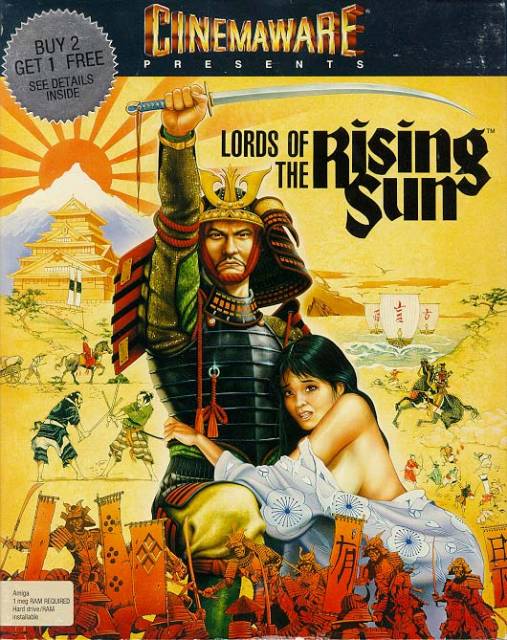