Bullet Witch is a third-person shooter, which follows a young witch as she tries to save humanity from a demon army.
Xbox 360 Xbox 360 Games Store

Bullet Witch is third-person action/shooter for the Xbox 360 developed by cavia, inc. It was first released in Japan on the 27th July, 2006 by publisher AQ Interactive and then on February 27th, 2007 in North America. A number of downloadable missions and costumes were later made available via Xbox Live, though in Japan the game was later re-released under the "Xbox 360 Platinum Collection" label with all downloadable content included on the disc.

The game centres on a young witch named Alicia as she attempts to rid the world of a demon army known as the Geist. The world's population has been slaughtered at the hands of demon army and mankind is on the brink of destruction. Wielding a magic weapon known as the gunrod, and a variety of spells, Alicia endeavours to save the world from the Geist.

Alicia has access to four different weapons through her gunrod that she can switch between at will during play. Each of the four weapons has different stats and after each level the player can upgrade them using skill points to a maximum level of three. As the weapon's level is raised, the amount of damage it does is increased, as well as the amount of points needed to upgrade it further.

In a similar fashion to the gunrod, most of the magic spells can also be upgraded, with each having a maximum level of three. The upgrades can dramatically increase a spell's damage, duration, or range. It should be noted that the greater spells (Lightning, Tornado and Meteor) cannot be upgraded and must be unlocked by progressing through the game.

Bullet Witch requires 5.2GB of space to install on an Xbox 360 HDD. 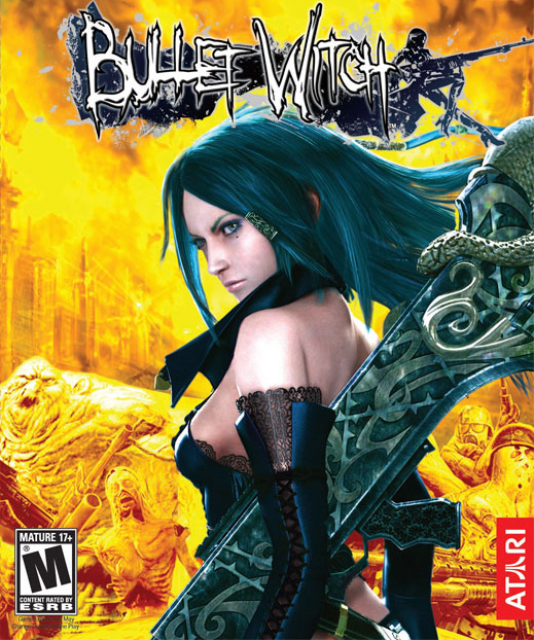