The story contains some differences between the home computer versions and the later Sega CD version, making many consider the Sega CD game a sequel rather than a re-release, though the gameplay and many boss encounters are largely the same.

In the home computer versions the primary antagonist is the named terrorist Xacalite, who has hijacked one Earth's finest battlecruisers, the Gloire, armed with planet buster weapons, and who over the course of the game actually blows up Earth.

The Sega CD version instead tells the story of the first encounter with an unknown alien species, which upon meeting humans decide to attack (and, like in the PC version, end up destroying) Earth. The Sega CD's version of the story is also the premise for the later games in the series, such as Silpheed: The Lost Planet for PS2 and Silpheed: Alternative AM for Android. The name of the player's ship is also different between the computer and console versions - it's name SA-08 Silpheed in the home computer version, and SA-77 Silpheed on the Sega CD.

On the technical side, both the home computer and console versions of the game were very advanced for their time - the home computer version was an early showcase for real time polygonal graphics, as well as the Roland MT-32 sound card. The game and it's music on a tape were often bundled with the sound card.

The Sega CD version does things slightly differently - the player's ship and the smaller enemies encountered in the game are still polygonal, but the detailed set-piece backgrounds are pre-rendered FMV, rendered in high resolutions, but low color and with a relatively low framerate in order for the console to be able to run it in full screen, the result is still a stunningly detailed, though stylized play field, where massive ships fight and blow up in the distance, and with a seamless transition between cutscenes and gameplay, with some relatively advanced camera movement that was unrivaled at the time of release, and for many years thereafter.

Electronic Gaming Monthly gave the Sega CD version review scores of 9,7,7 and 7. Ed Semrad, who gave the highest score wrote, "...some of the most stunning visuals in a video game. The cinemas are unbelievable. The game itself is rather mundane. It is a simple shooter, that seems to lack real interaction with the amazing backgrounds. The fame play is solid, however, and there is absolutely no slowdown whatsoever. I only wish there could have been more interaction". 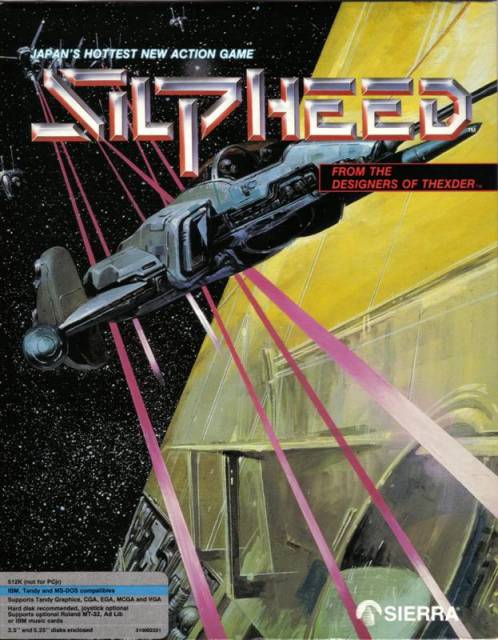