A 3D rendered version of the original Atari Arcade game Missile Command. It was the only Jaguar game compatible with the VR headset.

Missile Command 3D is a strategic shooter game from Atari Games and Virtuality Entertainment, and a modern revamp of Atari's 1980 Arcade game Missile Command. The player must use their missile launchers to protect a series of critical locations from missiles falling from the sky. It was exclusive to the Atari Jaguar.

Missile Command 3D presented three options: Original, 3D or Virtual. The Original mode is a no-frills approximation of the 1980 version of the game. 3D changes the perspective so that the player is looking up into the sky and destroying missiles as they close in. Virtual is similar to the 3D mode but adds alternate stages, weapon power-ups and end of level bosses. 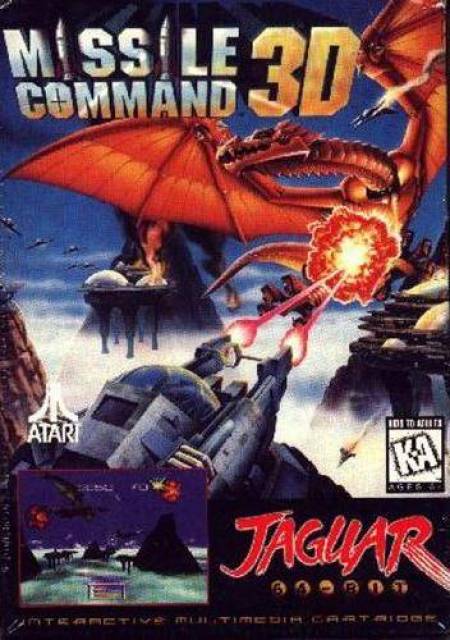