Brutal: Paws of Fury is a 2D fighting game developed and published by GameTek for the Sega Genesis and Sega CD in October 1994.

The game follows various anthropomorphic animals as martial arts fighters of various disciplines as they compete in a tournament in the secluded Brutal Island by the mysterious Dali Llama.

The game is unique for its password system, where special moves must be earned by winning matches and each fighter's repertoire can be stored as passwords.

Each fighter in the game is a different anthropomorphic animal and represents a different martial arts style (real or fictional). Most versions of the game include eight playable fighters and two unlockable bosses, while some earlier consoles exclude two characters. Two additional fighters were made for the last versions (while making the two boss characters playable from the start). 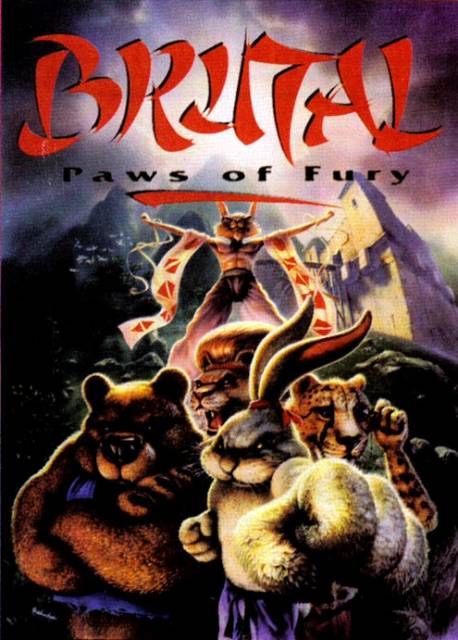