A horror sci-fi-themed RPG/adventure game hybrid that's set in a future where humanity has almost been wiped out by demonic forces from parts unknown.

Maten Densetsu: Senritsu no Ooparts ("The Legend of Maten: The Terror of Ooparts") is a first-person RPG/adventure game set on the islands of Japan which are suspended many thousands of feet in the air due to an unknown calamity. Demons have since invaded the island nation, aided in part by mysterious relics known as "ooparts" (short for out-of-place artifacts), and human survivors eke out a living in a handful of fortified locations. The player is one of these survivors, and they choose between five avatars with various stat distributions when they begin the game.

The game balances its time with text-heavy sequences as the player explores the ruins of Tokyo and converses with other human NPCs, and turn-based RPG battles with the demons they encounter. Rather than leveling up by eliminating enemies and completing quests, they instead earn a resource - energy - which can be used to manually boost the stats of their choice. 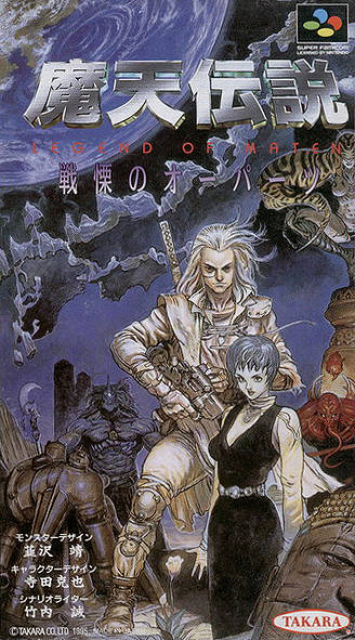