A menagerie of animals roll balls at each other across a large table, with the goal being to get every single ball into the opponent's goal simultaneously.

Penguin-Kun Wars is a competitive sports action game for various systems. The player chooses from a selection of animals (specific animals vary depending on platform), and then enters a tournament-style competition against the other animals. Each animal starts with five balls on either side of a large square table and 60 seconds on the clock, with the goal of rolling all of the balls into the opponent's side of the table. The match ends instantly if at any point all 10 balls are on the same side, otherwise the player with the fewest balls when time runs out is declared the winner.

If an animal is hit by a ball, they are stunned for a few seconds. Different animals have different characteristics. For example, the rat is fastest but takes the longest time to recover from being knocked down. Halfway through the match, a small, moving barrier appears in the center of the table, which may block the player's shot. Balls can also be blocked or deflected by other balls. 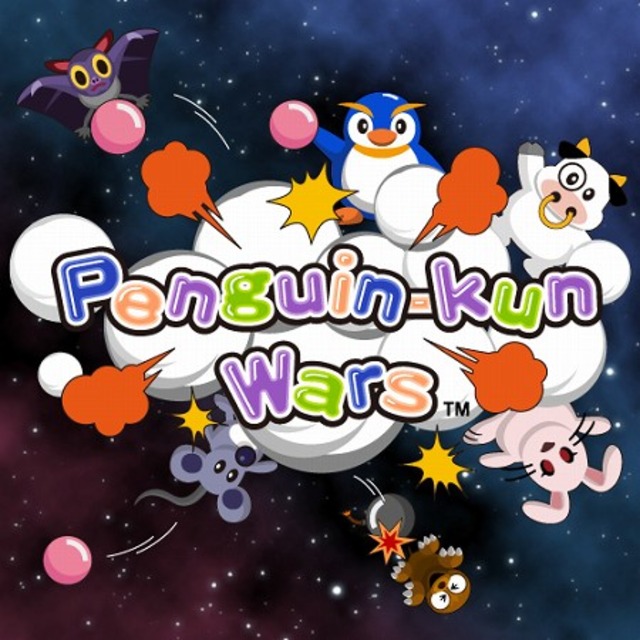