Driver 2: The Wheelman is Back

Driver 2 is a sequel to the popular free-roaming driving game released on the PlayStation 1 and the GameBoy Advance.
Game Boy Advance

Driver 2 was the second Driver game released. Driver 2 was released on the PlayStation 1 and GameBoy Advance. In North America the full title of the game was 'Driver 2: The Wheelman Is Back', whereas in PAL territories it was called 'Driver 2: Back On The Streets'. The game follows the main character from the original Driver game, Tanner.

Driver 2's story takes place across four different cities: Chicago, Havana, Las Vegas and Rio de Janeiro. Tanner and his partner, Tobias Jones, are working together to capture a moneyman who has double crossed a crime lord. The moneyman is known as 'Pink Lenny' throughout the story, and he is portrayed as a weasel in the opening cutscene. Pink Lenny has double crossed Solomon Caine, and is now working for his enemy, a Brazilian known as Alvaro Vasquez. Tanner must find and capture Pink Lenny, as Solomon Caine wants to kill him for double crossing him. Lenny has also been responsible for causing a large gang war in Chicago through his actions.

The elusive Avaro Vasquez, head of the tattooed Brazilian mob operating out of Rio, is turning his business interests to mainland USA. Violence threatens to ignite America when a U.S. crimelord`s money-man cuts a deal with Vasquez - his greatest rival.

Gameplay is vehicle oriented, and most of the missions take place in a car. One of the advancements made in Driver 2 was that you could get out of your car and commandeer another vehicle. The only downside to doing this was that you could only do it whenever there were no police chasing you. The game's missions normally are made up of tailing suspects, ramming cars, or escaping from enemies. Before almost every mission, a cutscene plays to advance the storyline. All the violence in Driver 2 takes place in a cutscene.

Officer Tanner is the main character in Driver 2. Tanner's first name is unknown, but it is said in the original Driver game that Tanner is an ex - racing driver. Tanner is something of a loose cannon, but he is told by his boss that he must go undercover with Detective Tobias Jones.

Tobias is Tanner's partner in Driver 2. Tobias is the more cool and relaxed of the two, and he works with Tanner to capture Pink Lenny.

Solomon Caine is a Chicago crimelord, and leads the gang known as 'Caine's Crew'. Caine tries to catch Pink Lenny himself, but fails to do so, and is arrested by Tanner and Jones. Solomon tries to help them find Pink Lenny so he doesn't have as long a sentence. With operations based in Chicago and Vegas, he`s a ruthless crimelord with some weight to throw around. When he`s backed into a corner his blood gets a little colder.

Vasquez is a Brazilian drug lord, and runs the largest cocaine selling operation in Brazil. Pink Lenny is meant to have been working for Vasquez, but the rivalry between Caine and Vasquez ends after Lenny is finally arrested. An almost mythical figure, the operator of a multi-million dollar racket in Brazil. When the money - man plays into his hands he knows how to hurt Caine, and how to turn up the pain.

Jericho is Solomon Caine's bodyguard, and he carries two sawn off shotguns. Jericho wears a black trench coat, and he is loyal to Caine's Crew. Jericho seems to be a very cold blooded killer, as he shows no remorse for his crimes.

Pink Lenny is the main antagonist in the game. Almost everyone in the game wants to kill or capture Pink Lenny. Lenny is finally caught in Rio after he crashes his helicopter. The money - man. When he leaves Caine and cuts a deal with Vasquez it`s a spark in an explosives dump. Find Lenny, and you might just put the fire out in time. 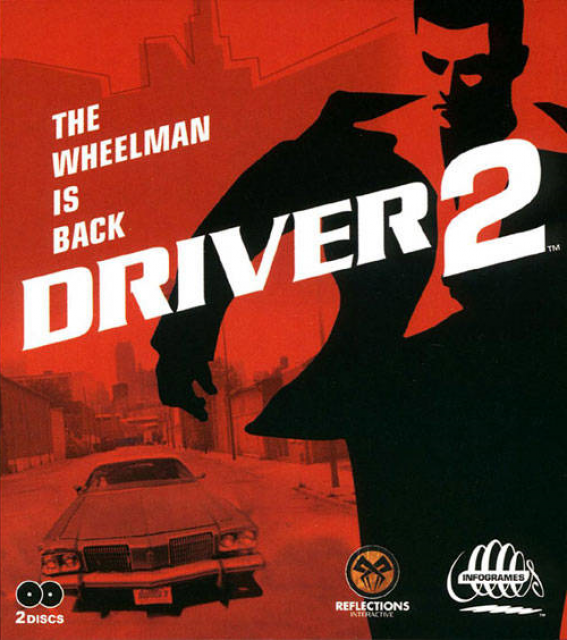