The Settlers III marks the third installment in the Settlers franchise.

The Settlers III is a real time strategy game that was release in 1998 for the PC. It was developed and published by German developer Blue Byte Software. Is it the third game in The Settlers series.

The most prominent change between this game and previous games in the series is that there are no more roads. Units are free to walk around as they wish. This greatly simplifies the city building aspect of the game, since the player no longer needs to be concerned about constructing roads between each building.

The player now has direct control over individual military units, this marks another significant departure from previous games and makes the combat comparable to games such as Command & Conquer or Age of Empires.

The game is also memorable for it's unusual approach to copy protection. In pirated copies of the game, iron smelters produced pigs rather than iron, making weapon production impossible.

As in previous Settlers games, the objective is to build up a working economy to produce military units, and then to go to war against enemies.

Usually the player will start by creating foresters, woodcutters, stonemasons and sawmills to begin collection of raw base building materials. It is important to build residences early to increase the population cap. Fishermen, water works and farms will provide a base of food production.

After the player has established a working economy they will begin to focus on mining coal and iron to begin construction of an army.

There are four nations to choose from. the Romans, the Egyptians, the Asians, and the Amazons. Each nation have their own specific strengths and weaknesses. For example the Roman buildings require both wood and stone for construction, but they have access to a unique spell that enables them to convert enemy soldiers to their own.

This is the first Settlers game with full support for Internet play. At the time of the game's release there was an official ladder, maintained by the developer, where individuals or clans could compete by marking games as ladder games. 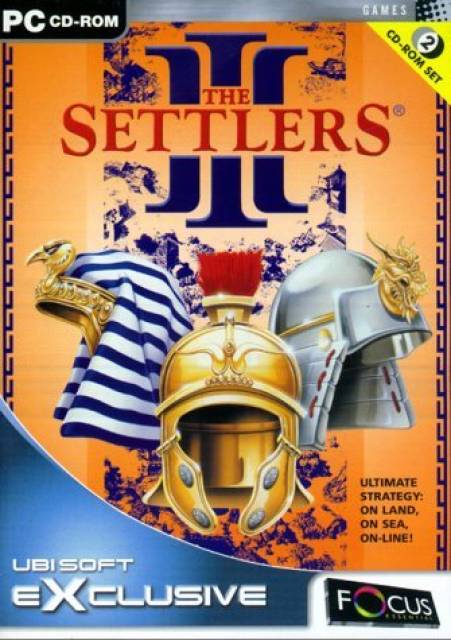