Xbox Version of the hit Onimusha Warlords. You follow the young samurai Samansosuke as he searches for Princess Yuki in Inabayama Castle.

Genma Onimusha is an updated version of Onimusha: Warlords but released for the Xbox. The game has various changes from the original. Such as more enemies which are also tougher. Green soul energy which can be absorbed for temporary invulnerability however if the Genma monsters absorb this they become faster and stronger. There is also a new area as well as new costumes and this time around enemies limbs can be cut off. A few new cut scenes were also added and a super attack. The game also received minor graphical updates.

The story begins with a powerful warlord of Saruga, Yoshimoto Imagawa, has intentions to unify Japan; just so he can become the sole king of the country. Yoshimoto then leads an army to take over the capitals of Japan. On a march in Owari, the entire army halt and decide to rest in for the night. While resting, an army of 2,000 Soldiers that are being led by the warlord of Owari, Nobunaga Oda, ambushes Yoshimoto and his army. While the invasion was going on, a man far up on a hill, Samaosuke Akechi, watches on. One of Nobunaga's soldiers runs up to Nobunaga and gives him the news that Yoshimoto was slain and his army was defeated. Nobunaga stands up and starts laughing maniacally about the victory over Yoshimoto; then an arrow from one of Yoshimoto's men pierces Nobunaga's throat. He falls to the ground with blood pouring out rapidly out of his throat, his life slowly begins to fade.

One year after the events of Nobunaga's death, strange occurrences were starting to emerge at the Inabayama Castle; disappearances of Soldiers and workers without a trace. Cause of the unusual events, the princess of the castle, Princess Yuki, sent an SOS to her cousin, Samanosuke. Samanosuke arrives but he was too late, Yuki was kidnapped.

Right after that, an attack was being made on the castle. By an army of inhumane creators, demons, that was led by the Nobunaga Oda (Who was presumed dead). Samanosuke and a female ninja named Kaede decide to go and rescue Princess Yuki and defeat Nobunaga and his army of demon warriors.

Genma Onimusha retains the same gameplay foundations of the regular game, being pretty much a cross between Resident Evil and the first Devil May Cry game. The progression, camera preservative, and controls are in the vein of the earlier Resident Evil games while having a more melee combat-oriented design with rooms of enemies that need to be killed. The game also has several puzzle-solving sequences.

The game features a leveling-up system, as the players use a gauntlet to collect "souls" from defeated enemies to use for weapon enhancements, magic, and healing items. Each different version of the souls are used for different purposes.

Just a plain old samurai sword that is used for the beginning of the game.

A more powerful version of the Normal Sword and its style of fighting is in the same way.

A broad sword that's a bit slow, but can perform powerful strikes.

A weapon with blades on both ends. It's also extremely fast.

The most powerful in the game. This sword has no magic mainly due to its tremendous power.

A lighting fast combo attack with the final blow being a vertical strike with a bolt of lightning striking down from above.

A vertical strike with the blade bursting into a vicious flame.

A vortex that can take down any enemies that are near it.

"A master swordman who travels across Japan seeking his rival. Often preceived as a passionless solider because of his quiet ways, Samanosuke is actually a hot-blooded warrior with a noble sense of justice."

"An expert kunoichi (female ninja), Kaede was originally sent by the Iga ninjas to assassinate Samanosuke. Instead, she develops absolute trust in him and joins him as his confident."

"Yuki is the sister of Yoshitatsu, the master of Inabayama Castle and Samanosuke's cousin. She becomes aware of strange events in the castle and sends an SOS to Samanosuke. But before he arrives, she is mysteriously kidnapped."

"An enigmatic orphan discovered by Samanosuke while looking for Yuki in the castle."

"One of Nobunaga's high-ranking generals, Kinoshita has the warlord's complete trust. Though he has sworn absolute loyalty to Nobunaga, the only thing Kinoshita truly cares about is his own advancement in the ranks of power."

"An exceptional warlord who aspires to unify Japan. With the victory against Imagawa in Okehazama, he rides a tidal wave of success. Though he was once thought dead, Nobunaga's acts have now become extremely heartless and cruel."

A slow-moving skeleton that uses a sword or a bow.

An agile blue-suited ninja with three glowing green eyes. They can leap from a distance.

An enhanced version of the Three-Eyes. They can perform illusions of themselves and throw projectiles.

A tall samurai that can grab Samanosuke from a distance.

An enhanced version of the Long Arm, and also holds a shield.

Boar-like demons that carry machetes, and have a rolling attack.

These bull-like demons have a giant axe. They're very powerful but slow.

Ant-like demons that use their legs as a weapon.

A blue skull demon that floats around sucking up demon souls. 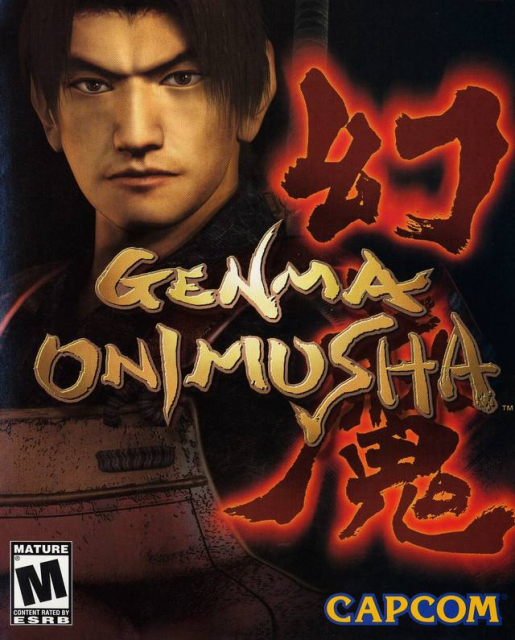