Master Higgins once again takes up his trusty axes and skateboard to rescue Tina from the Evil Witch Doctor.

Adventure Island II is the sequel to the game Adventure Island. The game was released in February 1991 in The United States and on April 26 the same year in Japan. The European version wasn't released until July 22, 1992.

The player takes the role of Master Higgins, a tropical villager who tries to save his girlfriend from an evil witch doctor (returning from the first game) who has kidnapped her. He has taken Tina and a number of women to several islands, where they are guarded by his monster minions. To aid him he has a skateboard, a variety of dinosaur helpers and an assortment of weapons.

After some naming confusion with the ending in the first game, the sequel makes it clear that Princess Leilani - the damsel in distress from the first game - and Tina - Master Higgins' frequently kidnapped girlfriend who is mentioned by name towards the end of the first game - are separate people: in fact, they're sisters. 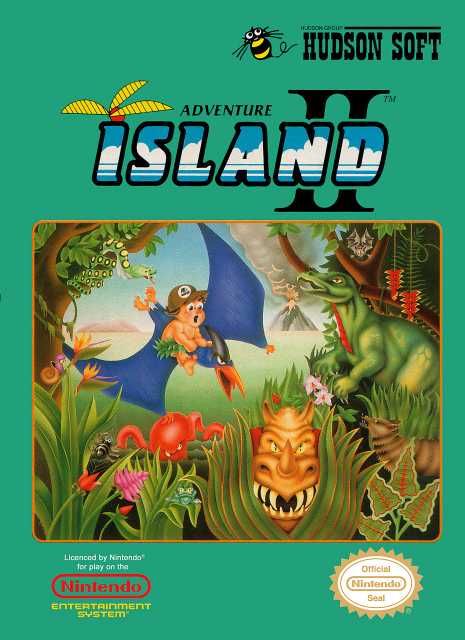