CivCity:Rome's gameplay borrows elements from Caesar and Sid Meier's Civilization.
There are 34 missions in the game split between stand alone scenarios and a campaign where the player starts building a
small mining town and graduates to bigger and bigger cities.

The campaign later splits down either a military or peaceful path.

As well as earning money from trade with other cities, the player must take care of the population. This mainly involves helping them upgrade their homes.
When a house is first built it is in the form of a small hovel, by giving the occupant access to resources such as water and food the hovel will be upgraded. To get the highest level of house the occupants must be provided with things like entertainment and medicine.

By upgrading the houses the occupants will pay more in tax thereby increasing your ability to expand the city.

There are more than 70 technologies to research in the game. They are mostly familiar to players of civilization. Each technology provides bonuses to the city such as Forestry which increases the amount of wood harvested by workers.

There are many different resources and commodities in the game. Some of them, such as water, are basic and only need a single building to gather. Others such as bread are more complicated to produce. Production of these more complicated commodities involves several buildings working together. As an example, to produce bread a wheat farm must produce wheat which is delivered to a mill to produce flour and then sent to a bakery where the final product is turned out. 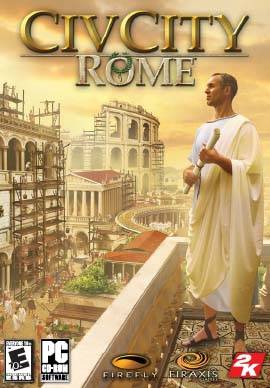