The third game in the NFL Quarterback Club series and the last to be released on 16-bit consoles.

NFL Quarterback Club 96 is a NFL-licensed football sim that was released in late 1995 on 16-bit and 32-bit consoles. It is the third game in the NFL Quarterback Club series, which at this point was entirely Acclaim's - they acquired the license from LJN, after being the Japanese publisher of the first two games. Future Acclaim studio Iguana Entertainment developed the console and DOS version of the game, while Condor Inc. - which was renamed Blizzard North the following year - handled the Game Boy release.

The game has the NFL license and all the real team and player names are present. It features regular modes such as Preseason, Playoffs and Season as well as the Quarterback Challenge where the player's chosen quarterback must compete with others in various tests of skill. 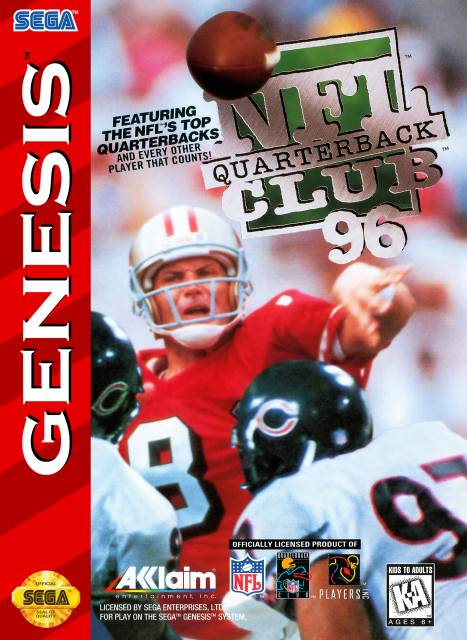