Empires: Dawn of the Modern World

Empires: Dawn of the Modern World is a real time strategy game available the PC.

Empires features three campaigns each based in a different time period following a historical military mastermind:

The game received positive reception, but was constantly compared to Stainless Steel Studios previous release, Empires Earth, in 2001, as if it was an unofficial sequel. 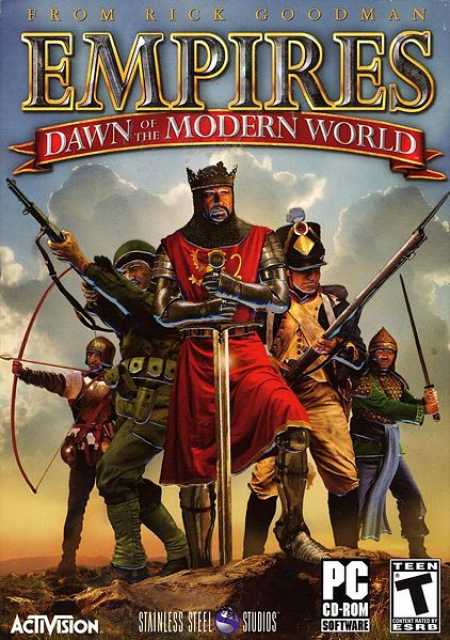