The two original Dragon Quest RPGs remade with a graphical upgrade and compiled into a single package for SNES and Game Boy Color.

Dragon Warrior I & II is a compilation of two of the oldest NES Japanese role-playing games ever released. Its original release for the Super Famicom in Japan (in 1993) came with improved graphics and eventually a fan translation, and later for the Game Boy Color which was localized in English for its North American release in 2000. While an otherwise faithful recreation, both games received a significant graphical upgrade similar to the treatment given the Super Mario All-Stars compilation.

Both of these classic Japanese RPGs played an important role back in the Famicom days in laying the foundation of the genre. Many of the genre staples like a turn-based battle system and experience points are part and parcel of both these games. Dragon Warrior I (originally released in 1986) tells a very simple tale of a warrior called Erdrick (though the player can rename them) who must save the world from the wrath of the evil Dragon Lord. Dragon Warrior II (released in 1987 in Japan) built upon its predecessor's strength by increasing the number of playable characters from one to three and adding a more intricate plot, set 100 years after the original. 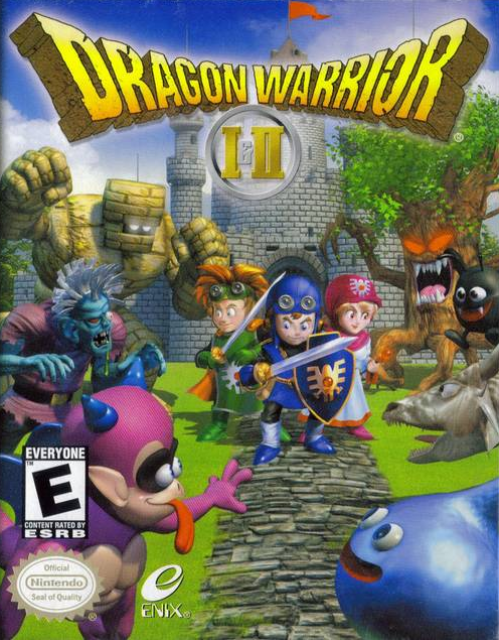