An updated version of the original Chessmaster 2000 for early home consoles and handhelds.

The Chessmaster is a chess simulator for consoles noted for its proficient AI. This NES/SNES/GB/GG incarnation of Chessmaster drops the 2000 from the original's name. It allows players to view the board from a 2D or 3D perspective, to select between the classic Staunton chess pieces or with fantasy-themed pieces (similar to those used in Battle Chess) as well as several other options to customize play. Tutorials are available, as are move hints and a second player mode.

This version of Chessmaster should not be mistaken for the other entries in the series, of which there are over a dozen. 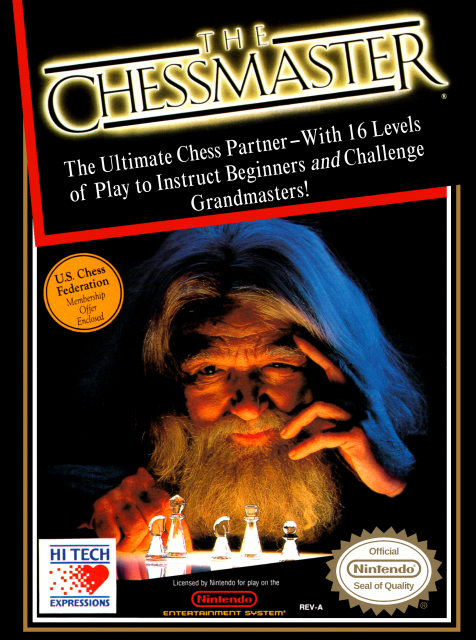