Wave Race: Blue Storm is the sequel to the acclaimed Nintendo 64 game Wave Race 64. It was released as a launch title for the Nintendo GameCube on November 18, 2001 and it was developed by NTS and published by Nintendo.

In this game the player races on jet skis in many courses with diverse weather conditions and realistic water physics. There are several modes of gameplay including championship, Time Attack, Stunt Mode, Multiplayer and Free Roam. There are eight characters in Blue Storm; each character is rated on a scale in five different categories which affect that character's performance, with six being the best.

After the player chooses a character they start racing in one of the several locations of the game. In every course there are buoys of two colours: red and yellow. Red buoys have to be passed on the right and yellow on the left. For every buoy passed correctly the player’s turbo meter builds up; once this meter is full the player can press the Z button to receive boost for a short period of time. Another way to receive boost is by performing stunts. If a buoy is missed the player loses the turbo and missing five of them results in disqualification. There are also boundaries in each course, staying outside of them for five seconds or longer also leads to disqualification.

Every race consists of three laps and there are various shortcuts in every course. During the races (depending on the weather condition) there will be rain and high waves, which can make the race more difficult. The game also makes heavy use of the L and R triggers of the GameCube controller to make sharp turns without losing any speed. The B button is used to crouch and lessen the effect of turbulence and the A button is used for acceleration. The controls take a long time to master, making the game more complicated to casual players.

Just like its predecessor, Blue Storm features realistic water physics and includes enhanced weather effects, which can affect the wave high and intensity and the course layout. Sometimes the weather changes in the middle of the races as the waves can let up. The water can be transparent on sunny days and they reflect the lighting.

There are five different weather conditions:

Most reviewers praised the physics and effects of the game.

There are eight characters in the game and as stated above each is rated on a scale of 1-6 in five different categories which determine their strengths and weaknesses. All the characters also have their own crew chiefs, which offers advice to the players while racing; they do not appear in the multiplayer mode though.

Depending on the difficulty the layout of each course variates 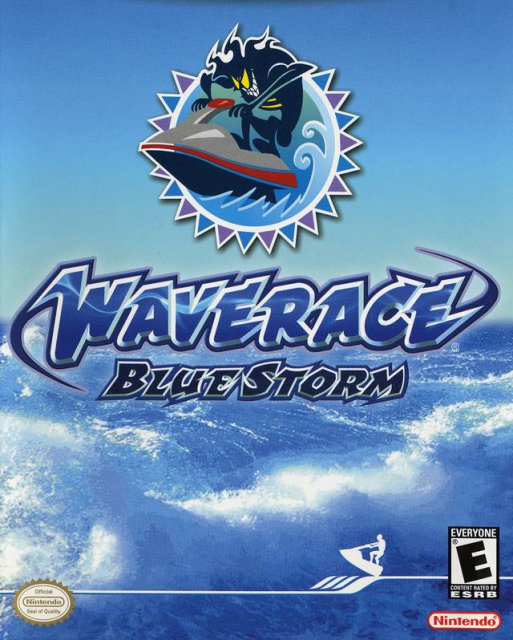