Metal Max 2 is a post-apocalyptic JRPG, which is heavy inspired by the Mad Max movies. It is the sequel to the Famicom RPG Metal Max, and the precursor to Metal Saga.
Game Boy Advance

Metal Max 2 is a post-apocalyptic turn-based JRPG with vehicles and open-world aspects. The player is a warrior in the wastelands, and after a near-death run-in with some villains must recruit and build an army of vehicles and soldiers to fight off the bandits. The game's heavily influenced by the Mad Max movie series, and especially to the second movie, The Road Warrior, with which it shares many themes. 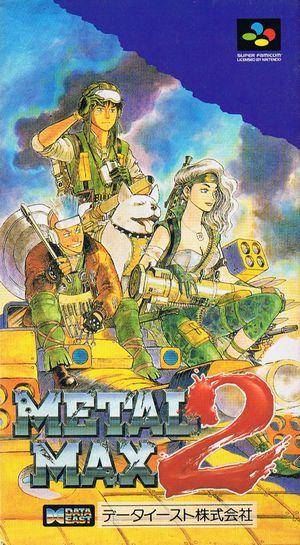