A collection of digital pinball tables, developed by Digital Extremes.

Epic Pinball is a pinball compilation game for PC, it was developed by Digital Extremes and released in 1993.

The boards contain special bonus points and instant ball killers, as well special physics-changing items. In the Enigma board, each death spawns a ball of a different color - including a ball that is the same color as the background.

There are 13 total tables in Epic Pinball, released as three different packs. As well as this, a final table (African Safari) was included with the CD-ROM version of the game.The shareware version, as well as some early versions of the game came with only one table - Android.

Included in one of the table packs was a tribute to one of Epic's earlier games, Jill of the Jungle.

The following is a list of all tables that are included in the game. 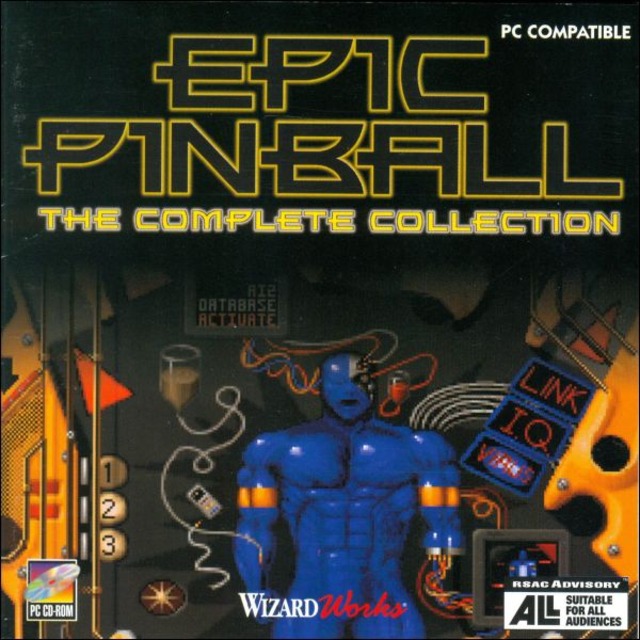