Fly between the neon skyscrapers of a futuristic city, shooting down gangs and rescuing hostages.

Skyhammer is a multi-directional first-person vehicular shooter game that was released several years after the death of its host console, the Atari Jaguar. It was completed and published by retro game specialists Songbird Productions.

The player is a mercenary pilot hired by the corporation Cytox to fight for their interests in a Skyhammer: a spaceship-like flying vehicle. Through various missions, the player must prove themselves a valuable investment for Cytox by eliminating their enemies.

The Skyhammer can be flown in any direction, including up and down similar to Descent's "six-directional" movement. The game is also heavily influenced by the movie Blade Runner and the Psygnosis PS1 game G-Police with its futuristic cityscapes and gritty dystopian setting. 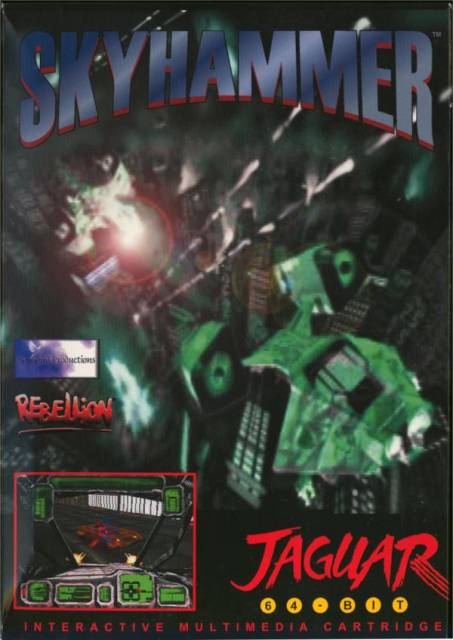