SSX On Tour is the fourth game in the SSX franchise.
PlayStation Portable PlayStation 2

SSX On Tour is the fourth game in the SSX Franchise and introduces skiing to the gameplay formula. Both snowboarding and skiing fundamentally control the same with the differentiating factor being the tricks. At the beginning of career mode, you are given the choice between playing a snowboarder or a skier, after which point you may not switch. The only way to switch between them is to make a new character with the specified style.

The GameCube release of the game features Mario, Luigi, and Princess Peach as playable characters outside of career mode. Also featured is a Mario themed level and a remixed Super Mario Bros. song.

The focus of On Tour remains the same from SSX 3. You earn boost by doing tricks and as you earn boost you unlock the ability to do Monster Tricks, which behave in much the same way as uber tricks from previous SSX games. You can still pick a character from the series, but On Tour features a Create-A-Character mode.  Although this character will start the game with zero stats, while playing through the career mode, opportunities are presented to boost these stats. Completing events earns you "Hype", which serves to measure your progress through the game. There is no online multiplayer as the focus of this game was Single-player.

Although the game was generally well received by critics, claims were made that the series' gameplay was beginning to become stale.

Events - These events are the main challenges. They range from races to freestyle events.

Shreds - These are unofficial challenges in the game that have greater variety than the regular events. Some range from escaping the ski-patrol to only staying on the snow for a set amount of time before reaching the end of the run. 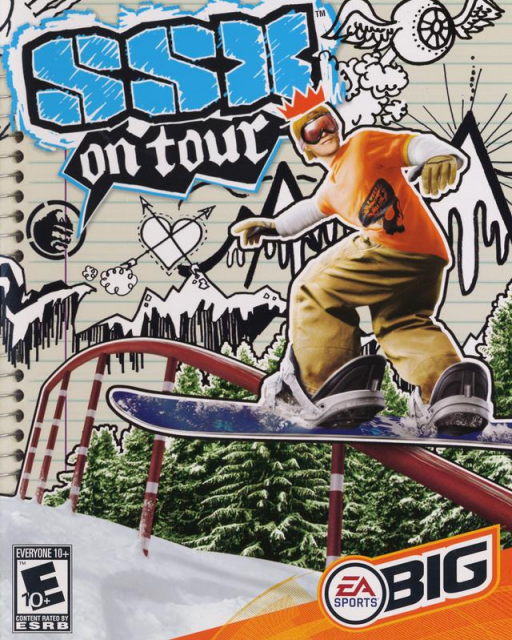