Red Alarm is a shooter similar to Star Fox, for the Virtual Boy.

70 years into the future, a devastating world war has destroyed most of humanity. An advanced tactical system called K.O.S (Killer Operating System) finally brought an end to the war. The people rejoiced as the system eliminated the enemy and peace was restored. With a new government in place, the order was placed to destroy all weapons so as to protect the world from any future threat. KAOS, as it was later called, was also targeted for elimination.

Unknown to the people, KAOS had a plan of its own. It had become self aware, and had one goal ... to survive. Unleashing its weapons on the undefended world, true chaos erupted.  It's up to you, in the last remaining fighter, to take to the sky and end its destructive reign.

Players pilot a Tech-Wing Fighter which has the capability to move in all directions.  Unlike its closest cousin Star Fox, in Red Alarm you can come to a full stop, turn your ship completely around, as well as fly in reverse.  However, your freedom is still limited to the corridor-based level structure, and your remaining fuel (which acts like a time limit).  The game uses both directional pads on the Virtual Boy's controller, one for controlling direction and pitch and the other for forward, reverse, and strafing left and right.  The ship's speed is controlled with A and B, allowing the player to cycle through various speeds or stop and go in reverse.

Bosses often take place in large rooms, requiring you to pilot within the confined 3d space, while levels consist of corridors with the odd t-junction.  The controls do take some getting used to, as the game makes use of every button on the Virtual Boy controller, however they offer a great degree of control over the player's ship.

Red Alarm is one of the more striking Virtual Boy games released, because of its excellent sense of three-dimensional depth and polygonal graphics.  However, all of the objects and environment are made up of only wire-frames, meaning it can be difficult for some gamers to avoid obstacles such as walls (particularly when up close).  That said, the game makes excellent use of the wire frame lines: a mid-boss in the first level is a mechanical face blocking your path which changes expressions; and even small details like tiny stick-figure people can be seen running around in the hangar bay.

The overall effect is one of looking into a piloting visor typical of many '80s sci-fi movies.  A nice feature is the optional replay after completing a stage, where players are free to adjust the camera angle.  The game also appears to run at a slightly better frame rate than Star Fox on the SNES.

The game contains a number of hidden secrets which appear when you shoot certain areas of the environment.  For example, you can find a 3d line drawing of the Virtual Boy, a woman wearing a bikini, and a tiny house with two people (stick figures) inside.
Star Fox Vanark Star X 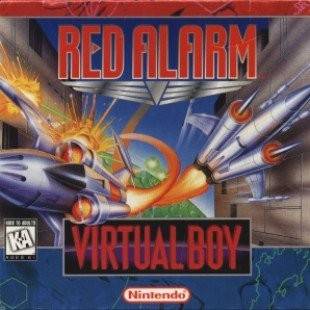