A launch title for the PS2, TimeSplitters is a fast-paced time-traveling first-person shooter from the team behind Rare's GoldenEye 007.
PlayStation 2

TimeSplitters is a sci-fi first-person shooter developed by Free Radical and published by Eidos for the PlayStation 2 (as a launch title) in both North America (on October 26, 2000) and Europe (on November 24, 2000).

The first game developed by Free Radical (which is comprised of key members of Rare's GoldenEye 007 development team), TimeSplitters builds on the gameplay and presentation style of GoldenEye 007 while adding a time-traveling campaign (which can be played co-operatively for up to two players), enhanced customizability options for multiplayer (for up to four human players and ten AI bots), numerous unlockables, and a built-in grid-based level editor known as "MapMaker".

The game's story takes place throughout nine events throughout the 20th and 21st century, all of which are unrelated except for attracting attention by the TimeSplitters: an evil alien race that dwells outside of time and space. Players control a protagonist of that event as they must find and secure their special relic (such as an artifact or a briefcase) while eventually fighting off the TimeSplitters.

It is the first in a trilogy of games for sixth-generation consoles, with later games expanding on the story, gameplay options, and online multiplayer capability. 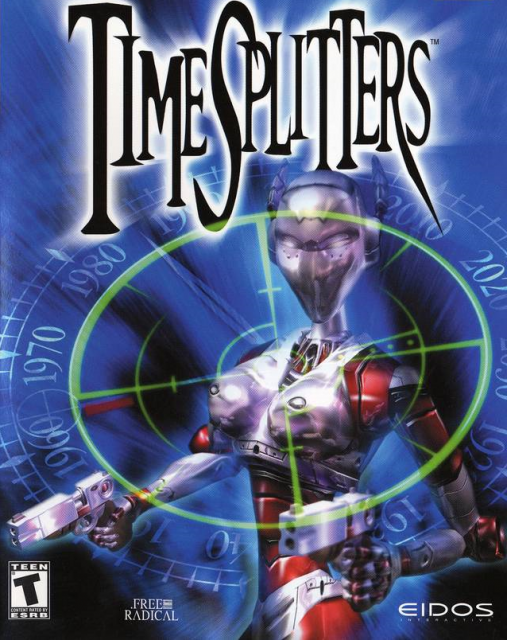