The storyline for Tony Hawk's American Sk8land involves a skater from the midwest (created and played by the player), who travels to Los Angeles after winning a skateboarding contest. In Los Angeles, he meets a comicbook artist named Mindy who acts as the player's guide.The main goal of the game is to restore Mindy's favorite skate park, the run-down American Sk8land. Throughout each level the player meets and impresses many real-life skaters and completes goals to earn money that can be used to purchase pieces for the skate park.

The gameplay is similar to traditional Tony Hawk games and involves the player skating around a level and completing goals by performing tricks or completing tasks. Although it contains most of the moves of Tony Hawk's American Wasteland, the ability to get off of the board and walk around was removed.

The game is played on the top screen with the bottom screen being used as a map. Although moves are performed using the d-pad and buttons, special moves can be accesed by hittnig icons on the Nintendo DS's touch screen. In addition, there is a button on the touch screen that allows the player to go into slow motion. After a bailout, the player can tap the touch screen to fill up a "freak-out" meter that will salvage some of the points earned.

Tony Hawk's American Sk8land was the first third party game for the Nintendo DS to utilize Nintendo Wi-Fi Connection. Players can compete in game modes such as Graffiti and H.O.R.S.E. However, competitive matches were limited to two players. The Nintendo DS version of the game also included online leaderboards and the ability to upload replays of high-scores. In addition to competitive game modes, players can also download new missions to play in single player, and user generated such as skate decks, replays, and graffiti sprays.

Some of the songs from the console version of the game. 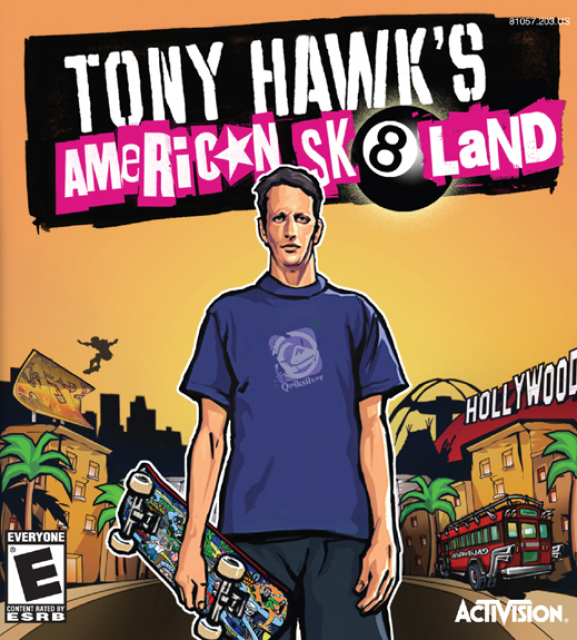