A handheld entry in Sega's Columns series of falling-block puzzle games, focusing on two friends' search for 24 magical jewels in a fantasy kingdom (each of which can be used as power-ups in the game's Versus modes).
Game Boy Advance

A handheld entry in the Columns series, Columns Crowns includes the series' traditional Survival, Flash, and one-on-one Versus game modes, the latter of which supports linked multiplayer (including single-cartridge multiplayer).

The game uses a new anime-style art style and a fantasy story involving the search for 24 Magic Gems required to complete Princess Dazzle's "Columns Crown". As boy alchemist Jade or girl sorcerer Ruby, players collect new Magic Gems by progressing through each of the three single-player modes. Magic Gems can be used in the Versus modes as different power-ups, and players can trade them to others via linked multiplayer.

The core goal of the game is to line up matching colored jewels (which can either be blue, red, yellow, green, orange, or purple) into rows or columns of three or more. It's also possible to chain together rows and columns, linking them together and granting even more points. A falling block puzzle game, players can rotate the order of the jewels as they fall down, with the speed increasing with the difficulty.

A new feature in Columns Crown is the ability to use power-ups, of which there are 24 (one for each of the jewels in Princess Dazzle's crown). After a new gem is collected, this power-up is unlocked. Power-ups can be used once enough jewels have been cleared (which is indicated by an onscreen meter). These power-ups can then be triggered, and range from lasers to speed boosts.

Columns Crown has a variety of different gameplay modes. These include a survival mode (which essentially lasts until the player gets a game over), a versus mode (for a one-on-one game with a computer-controlled opponent where players can collect new power-ups), and a puzzle mode that has 50 challenges pertaining to the Columns universe.

As a Game Boy Advance game, Columns Crown is also compatible with the Game Boy Advance link cable. This has a few features, particularly multiplayer and the ability to trade gems from game to game. The multiplayer mode doesn't differ much from the computer controlled versus mode, although most critics agreed that it was the best mode included on the cartridge. 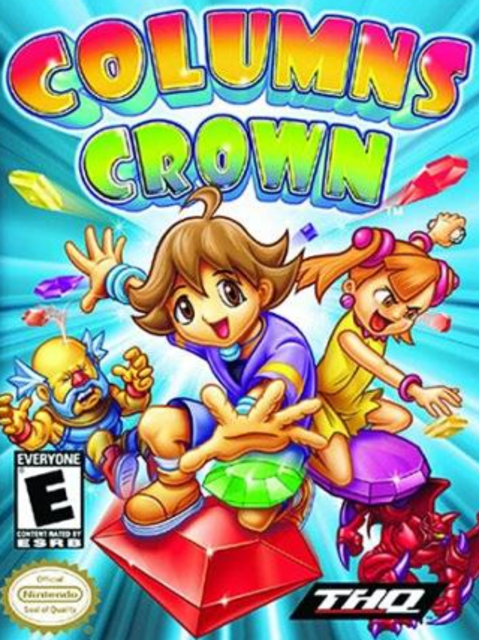