Rule a Caribbean island how you want in Tropico, a free-form island simulator from PopTop Software.

Tropico is a Caribbean island simulator set during the Cold War. Players assume control of the small island of Tropico where they've been recently elected or took power as president. The player must improve conditions on the island, while satisfying the 6 main factions in the game (Religious, Intellectual, Militaristic, Communist, Capitalist and Environmentalist). Every faction has different needs and agendas that must be satisfied in order to retain power. Uprisings are possible and this gives the player a choice: build your island into a tropical paradise or a totalitarian hellhole. The ability to communicate with both the Soviet Union and the United States complicates things. Measures can be taken in order to appease each country, and those actions can alternatively affect the relations with both countries. For example, building farms will please the Soviet Union while the lack of industrialization would be looked down upon by the United States. 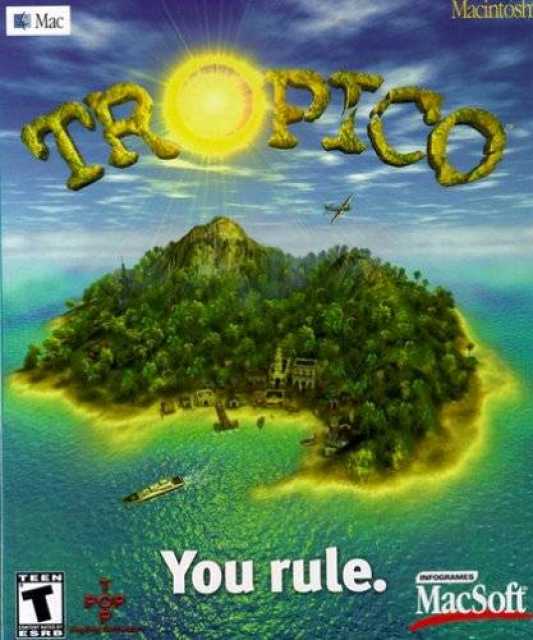