Darkwatch is an action packed Wild West FPS in which the player takes on the role of a cowboy who becomes cursed with vampiric powers.
PlayStation 2

Darkwatch is a horror and western-themed first person shooter developed by High Moon Studios and published by Capcom.

The player takes on the role of Jericho Cross, a Wild West outlaw who is turned into a vampire by the evil Lazarus. Through the course of the game, Jericho and his friend and partner Cassidy, who was killed early on but doles out ghostly advice, join forces with the Darkwatch vampire hunting organization and attempt to take down Lazarus. Jericho is also aided by his new partner, the Native American Darkwatch agent Tala.

The gameplay is very fast-paced, with enemies often coming from numerous directions at an alarming rate. Many of the game's gothic-styled weapons have blades of some sort attached to the butt, which means Jericho is able to mutilate enemies and leads to some fairly extreme violence against the undead hordes.

On top of this, the game contains some half-baked moral decisions that allow the player to gain points towards up to eight total Good and Evil abilities, such as Silver Bullet, which increases weapons' firepower, or Blood Frenzy, which deals out more damage from melee attacks.

There are also some "rail shooter" horseback sections and  vehicle-driving section during the course of the game. 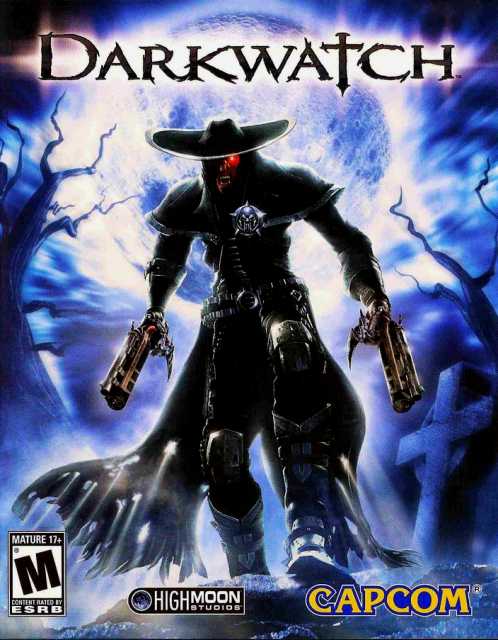