A strategy puzzler by Gametek, published by Atari. In the game the object is to aid prehistoric humans and help them evolve by finding new tools.

The Humans is a puzzle/platformer/strategy game much in the vein of Lemmings. The players tries to, in most but not all levels, move a group of cavemen "the Humans" from point A to point B using many different items, including wheels, ropes, Witch Doctors, and even having the Humans themselves create a "Human" ladder.

This game was released on many different consoles at the time. It has also seen a release on the Nintendo DS, as well as finding its way to the Wii Virtual Console.

This game also saw two sequels. The Humans II: the Jurassic Levels and The Humans III: Evolution -- Lost in Time, both for the PC and Amiga.

In each level, the player controls between three and eight "Humans". The levels are varied in their goals. Some are as simple as getting one of the cavemen to a goal, marked by a red tile. Sometimes, the player must aide the cavemen in retrieving an item, such as Fire, as well as a few other level variations. Each level has a different combination of tools the player has access to.

Unlike Lemmings, the player can actually control one "Human" at a time, making for precise actions easier than in other similar games. As the player progresses through the game, they get more "Humans" to join their tribe, usually obtained by rescuing them throughtout the levels. These act as sort of a life gauge, because if a "Human" dies during a level, they are replaced by a member of the tribe. The players keeps progressing until they either beat the game or they they no longer have the minimum amount of tribe members required to pass a level.

This game uses a password function as a means of saving progress. 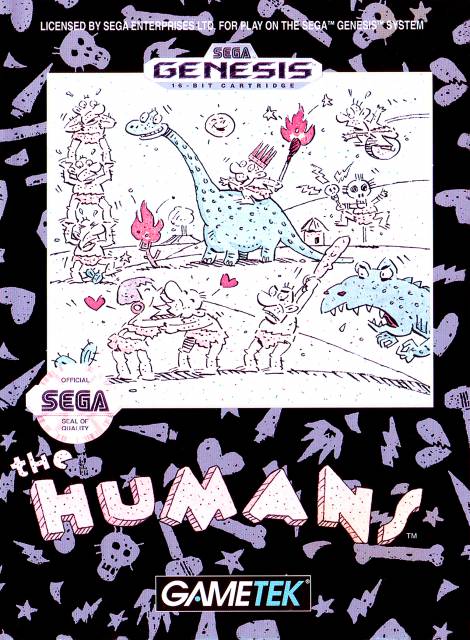