Wave Rally is a Jet Ski racing game for the PS2.
PlayStation 2

Wave Rally is a jet ski racing game developed by Opus Corp. and published by Eidos for PlayStation 2. The German release of the game was published by ak tronic Software & Services.

An Xbox version was initially planned but was eventually canceled.

In Wave Rally players can choose a character to participate in jet ski races. The races are a slalom style with players having to pass on a certain side of a buoy. If enough buoys are missed the player will lose the race. 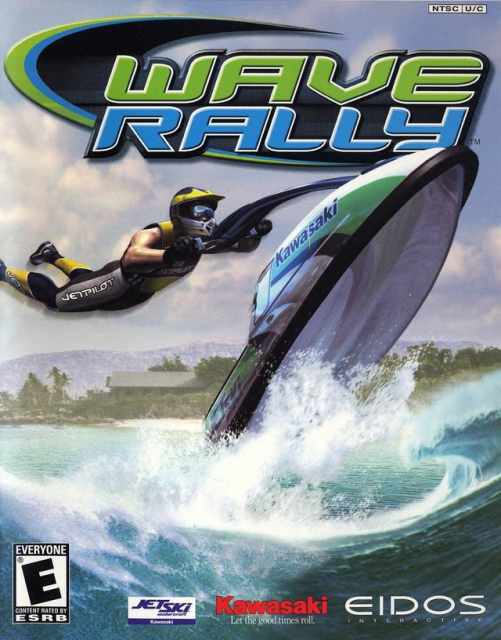