Empire Earth III is the third entry in the RTS series from Mad Doc Software.

Released on November 6, 2007, Empire Earth III is the third iteration in Rockstar New England's (formerly Mad Doc Software) real time strategy series. Empire Earth III consists of five epochs, (or ages) Ancient, Medieval, Colonial, Modern and Future, which is substantially less than previous entries in the series, though still covering a roughly similar time frame. EEIII also departs from the ways of its predecessors in that it contains only 3 factions: Middle Eastern, Western and Far Eastern, focusing more so on cultures, rather than nations. The three factions each have their own unique buildings, technologies, units and otherwise.

Obviously, just like many other sequels in the RTS genre, Empire Earth III introduces a host of new units, weapons and a new campaign mode that is functionally similar to one from games in the Total War franchise or Rise of Nations. The campaign in EEIII (entitled World Domination Mode) spans all 5 epochs, rather than staying in a specific time period. This campaign takes place across the entire globe, and throughout it the player is free to approach it how he or she prefers. During the campaign one may recieve an optional quest, for extra bonuses. Of the three available factions, all are customisable to better suit the player's style of play. Each faction also contain subfactions, generally based on the nations within those particular regions, i.e. the far east will have China or Japan available as a subfaction. Another added feature to EE3's gameplay is the inclusion of nuclear weaponry, such as the nuclear cannon. Along with those, each particular faction fits a unique style of play, for example, the far east will have fast, cheap, and weak units available, while the west may have smaller numbers, but also has substantially more powerful units.

Generally speaking, Empire Earth III was received far more negatively than the other, more popular, entries in the series. The primary reason cited is the fact that the company tried to appeal to a broader audience by "dumbing down" the gameplay, and the game suffered for it. Fans of the series were, for the most part, unsatisfied with the gameplay for it's incredible simplicity and lack of difficulty. In fact, the game was so poorly received that the developer, Mad Doc Software, removed all acknowledgment of it from their site shortly after it's release. 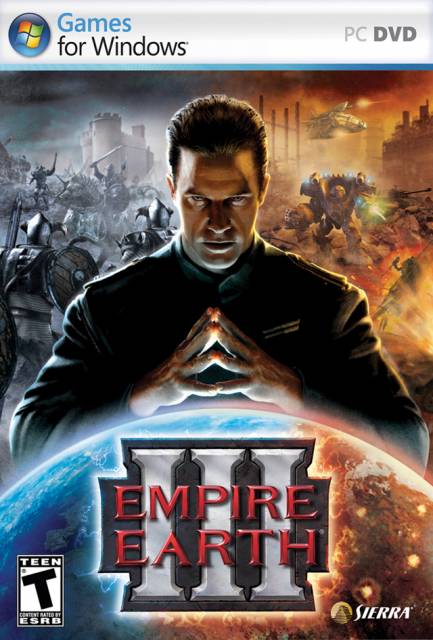