Yakuza 2 is a free-roaming action-adventure brawler which is a continuation of the original Yakuza game on the PlayStation 2. The game is set 1 year after the first game in Osaka, Japan and follows the exploits of Kiryu Kazuma as he tries to settle a gang war.
PlayStation 2

In Yakuza 2 Japan's seedy criminal underworld resurfaces. The game is a free-roaming action-brawler with RPG elements included, similar to the Shenmue series. Set in Osaka, the game lets the player visit nightclubs, restaurants, stores, and other locales while confronting members of gangs, law enforcement, and the infamous Korean mafia. Once again players take control of Kazuma Kiryu the protagonist from the first Yakuza game. Combat takes place through an assortment of hand-to-hand attacks to subdue multiple foes from a third-person perspective. In the US and EU versions of Yakuza the game's 16-chapter storyline features Japanese voice acting with English subtitles.

The introduction of the game begins in the early '80s, a detective is chasing after somebody and witnesses the murder of a Korean mob boss, who says in Korean - "even if you kill me, our organization will live on". The murderer happens to be Kiryu Kazuma's (the game's protagonist) foster father, Fuma Shintaro. After Fuma runs away, the mysterious detective checks the dying man who tells him in Japanese that his child is in danger in a place just ahead of where they are, he then dies. The detective heads in that direction and notices a fire and finds a room where a Korean woman is, along with a baby. The woman is contemplating suicide (in Korean) and thinking about taking the child with her. However, the detective successfully convinces the woman not to kill herself and the baby and they are rescued. The game then fast forwards back to the present day and the detective is still at awe at what happened.

The sequel takes place a year after the events of the first game. Since then, the Tojo-guchi has been falling apart and they are on the brink of war against the Osaka based gang, the Omi-rengo, the gang backing Nishiki in the first game. With no resort left, the Tojo requests their former leader, Kiryu Kazuma for their help. Kiryu and Haruka are now living a peaceful life and they visit the graves of loved ones: Yumi, Nishiki, and Fuma. There, the appointed Kumi-chou, Terada Yukio, a former member of the Omi-rengo, asks for Kiryu's assistance. However, the Omi-rengo quickly act and assassinate their former family member Terada in front of Kiryu and Haruka's eyes. After witnessing this, Kiryu heads out for Osaka to find a peaceful solution and prevent an all out Japan gang war from happening.

While in Osaka, Kiryu meets his Kansai equivalent and new rival, Koda Ryuuji, the son of the head of the Omi-rengou, Koda Jin. Ryuuji also has a nickname that he hates, "The Kansai Dragon." He hates the name because he doesn't like the Kansai part (that he wants to be the Dragon of all of Japan) and that he hates the idea of having two dragons with Kiryu around, and feels that he'll be a true dragon once he eliminates Kiryu. During his visit there, Kiryu meets a new love interest, a Yakuza hunting female detective, Sayama Kaoru, a fellow orphan, who may have also have lost her parents to the Tojo-guchi (like Kiryu and Yumi ). Sayama is appointed to have Kiryu in her custody because if Kiryu is killed by the Omi-rengou, then all out war will break out.

The thing about Yakuza 2 that's best known is the sheer variety of gameplay styles that it contains. The game has a number of side quests such as managing a club, bowling, batting cages, a shooting golf range, and the ability to go on dates with a hostess.

The bulk of the game is spent on fighting. Kazuma can walk around a small city block and often encounters a thug or group of gang members, forcing him to engage in battle. Kazuma has several attack methods: two attacks, block and dodge, and a grab. Kuzuma also has a gauge known as "Heat." When in heat mode, Kazuma can perform some devastating attacks. For example, when Kazuma grabs an enemy and gets him near a wall, he is able to slam him against it. Weapons also play a huge role as well, with the variety of weapons bordering on ridiculous. Among these weapons are staples such as bats, and brass knuckles, as well as bowling balls, parking cones, store signs, etc. A secondary character also joins up with Kazuma in battle at one point in the game. Special double team attacks can be performed when in heat mode.

The game also has a leveling up system. When Kazuma earns enough experience points from the fights they can be used towards leveling new fighting techniques.

Tons of side quests are at Kazuma's disposal. Some of them consist of mini-games like bowling, a batting cage, and board games. Other side quests include cage fighting, where Kazuma can enter a tournament and fight against a number of opponents for extra cash. Hostess bars are another feature in the game, Kazuma can enter a hostess bar and go on a date with with a hostess of his choice. On this date Kazuma goes through a series of dialogue sessions where the player has to pick the best reply for Kazuma. It's a tricky game, where Kazuma has to be careful about what to say to the hostess in order to impress, illustrated by the number of hearts appearing above the head of the hostess. If the hostess is impressed with Kazuma she will send messages to Kazuma's cell phone. There's also a side quest that reverses the role for Kazuma - Kazuma can play the role of a host himself. Kazuma can also manage a club. Kazuma can chose which interior to have for the club and can have conversations with the hostess. There are also locations to obtain videos to earn some experience points. There are many more side quests in the game that can be discovered while playing through it.

On the 13th, July 2012, Sega announced that Yakuza 1 and 2 will receive a high definition facelift in the form of the bundle;Yakuza 1&2 HD Collection. The HD update will have the game running at 1080p (whereas the Yakuza games that use the Yakuza 3 engine run in 720p.) It also includes minor improvements such as marking the menu items that you've already purchased in restaurants and so fourth. 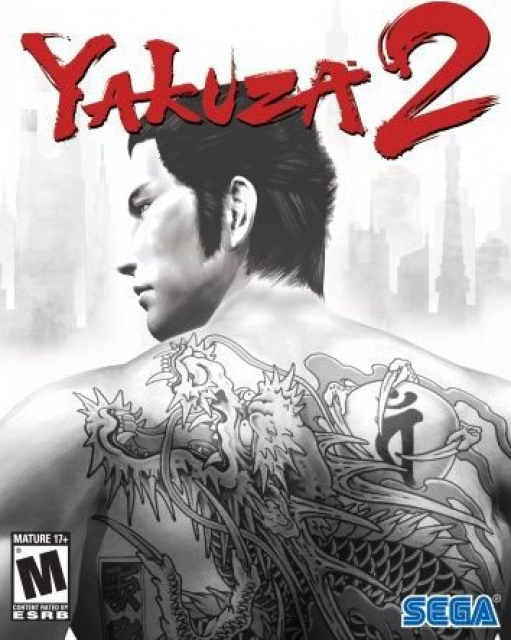