This is a direct sequel to the storyline of Quake II, which casts the player as another Space Marine continuing the war against the Strogg, this time in HD graphics and with a stronger storyline.

Quake 4 is a direct sequel to Quake II, and was one of the first launch games on the Xbox 360 Console. The game was also released on PC on October 18th 2005. The two game versions were quite different in performance. The Xbox 360 version was criticized for its shaky framerate, muddy textures, and some difficulty running the game's key events, while the PC version on a properly equipped machine did not suffer from these flaws and several of the games issues were also patched on the PC version whereas no patches were developed or released for the 360 release. The game is also known for its long and frequent loading times. The PC version had a DVD Collector's Edition containing a second disc with making of videos and a copy of Quake II and its expansions. The initial release of the Xbox 360 version contained a second disc containing the same videos, as well as an Xbox 360 port of Quake II with nine zero-point achievements.

The game was developed by Raven Software in collaboration with id Software (who supervised the development of the game) and was published by Activision, and later, by Bethesda Softworks.

The story of Quake 4 starts off shortly after the ending of Quake II's main campaign, with the second wave of Human invaders moving in on the planet Stroggos after the death of the Makron. It starts out with Corporal Matthew Kane and his fellow marines of Rhino Squad, heading towards Stroggos while in a drop ship. However, partway through the flight, the ship is shot down by an anti-air gun. This shot sends Kane hurtling towards Stroggos, and crashing moments later. Kane awakens to find that he has crashed in the middle of a battle between the Strogg, the alien race that inhabits Stroggos, and separate Marine squads. Kane discovers that his squad is missing, so he ventures off to find help. After finding and helping a smaller squad, Kane reunites with his team and continues his mission, to take advantage of the dead Makron and take the capital of Stroggos. Featuring the trademark corridor-crawling action made famous in previous iterations of the series, Quake 4 boasts a variety of weaponry and set pieces that move the story forward.

At the beginning of Act 2, Cpl. Kane is defeated by the new Makron and becomes a prisoner of the Strogg. He is then subjected to the horrific process by which Human captives are transformed into mindless drone soldiers. However, Rhino Squad coincidentally fights their way through the Medical Facility and interrupts the process just before Kane is subjected to the final step in the procedure, which would overwrite his mind with the hivemind of the Strogg and turn him into a true puppet of the Strogg. Without this final step, Kane gains the benefits of having his body upgraded with armour plating and cybernetic enhancements, while still keeping his free will and being able to fight on behalf of the Human race. The transformation increases his movement speed and his max health and armor by 25. In addition, he is now also able to read and understand the Strogg's language and use their health stations.

His ability to use Strogg technology plays an important rule throughout the remainder of the campaign. For example, towards the end of Act 2 Kane has to pass through Strogg laser defense grids that are lethal to normal humans. In the end, this advantage is used by the Humans to have Kane infiltrate the Nexus Tower, the building that contains the Strogg's telepathic hivemind, and destroy the Nexus Core, sending the Strogg into disarray and giving the Humans a massive advantage in the invasion of Stroggos. As an added bonus, the Nexus Core was being guarded by the Makron, allowing Kane a chance to get revenge by killing the new leader of the Strogg, just as Bitterman defeated the original Makron.

After the successful destruction of the Nexus Core, Kane is congratulated by his squadmates, but is told by a general that he is being given a new mission by central command, at which point the distant laughter of the Makron is heard...

Notice: This game contains technology intended to prevent copying that may conflict with some disc and virtual drives.

Important Note: *Some 3D accelerator cards with the chipsets listed here may not be compatible with the 3D accelerator features utilized by QUAKE 4. Please refer to your hardware manufacturer for 100% DirectX 9.0c compatibility. This product does not support Microsoft Windows 95/98/ME or NT. 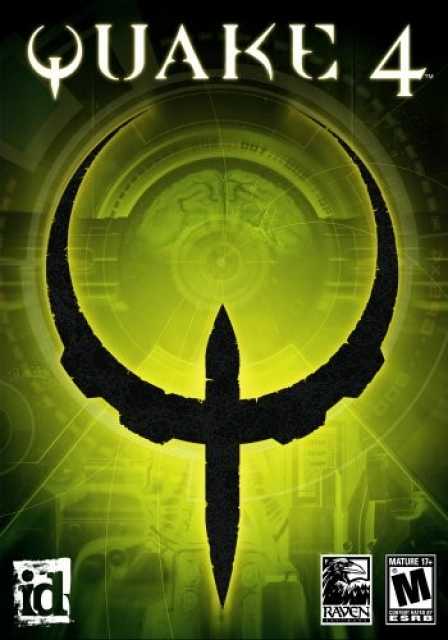