Dr. J and Larry Bird Go One on One

Be either Dr. J or Larry Bird and engage in a game of One-on-One in this 1983 basketball game.

In this game, the player assumes the role of either Julius "Dr. J" Erving or Larry Bird in a mano-a-mano basketball duel, against another player or the computer. There are two modes: a timed game, or a "play to score" game. On offense, your moves are to spin or shoot (including dunks), and on defense you can attempt to block a shot, swat at the ball, with over-aggressiveness garnering a foul. Also, the players can dunk the ball with such force that it shatters the backboard, sending a janitor out to sweep up the glass, cartoonishly cursing the offending player as he moves across the screen (censored of course).

This game was highly lucrative for EA and was ported from the Apple II to many systems.

Since this game was successful, EA decided to make a sequel in 1988, Jordan Vs Bird. This was the same game with updated graphics, new characters, and two mini-games: a Slam Dunk Contest (as Jordan), or a 3-Point Contest (as Bird).

In 1993 Electronic Arts released Jordan In Flight for DOS. This game could be considered a spiritual successor to One-on-One, featuring more players, a revamped 3-on-3 playing style, and digitized sprites. 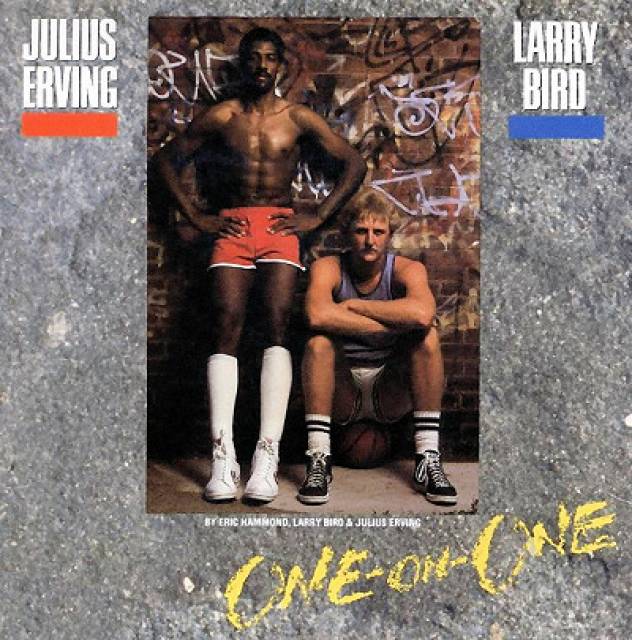