Gals Fighters, the last in the great line of Neo Geo Pocket Color fighters, was released in 2000 as one of the last titles for the portable. It featured a roster of SNK's greatest female combatants, classic SNK fighter gameplay

SNK Gals Fighters was released on February 19, 2000 making it one of the last titles ever released on the Neo Geo Pocket Color. It features ten of SNK's most popular heroines battling it out to become the first ever Queen of Fighters and win the K Talisman that can make any dream come true. This game is based on the same engine that powered other Neo Geo Pocket color fighters such as King of Fighters R-2 and SNK vs. Capcom: Match of the Millennium and as such bears a striking resemblence to them in terms of presentation and basic mechanics. The overall tone of the game is very light hearted and many aspects seem to have been specifically designed to appeal to females in an attempt to broaden the market of the struggling Neo Geo Pocket Color.

It's the year 2000 A.D., the last year of the millenium, and female fighters the world over begin receiving invitations to the first ever Queen of Fighters (Q.O.F.) Tournament. The invitations are signed by a mysterious "Miss X" who promises the K Talisman, a priceless treasure with the ability to grant any single wish, as the grand prize for the competition's victor. And so, the world's greatest heroines come together to do battle in the hopes of making their dreams come true.

Wish: "You know! I want to tie the knot with Andy!"

Quote: "I am SNK's mightiest heroine!"

Wish: "Carrying on the Kyokugen tradition. And getting evenskys with Ryo!"

Wish: "I want a luxurious new home for my hamster!"

Quote: "I didn't even get started!"

Wish: "I wish to get more than one wish!"

Quote: "What a wimp! Just joking."

Wish: "I want to remove the curse on me."

Quote: "Remember me next time you see the moon." 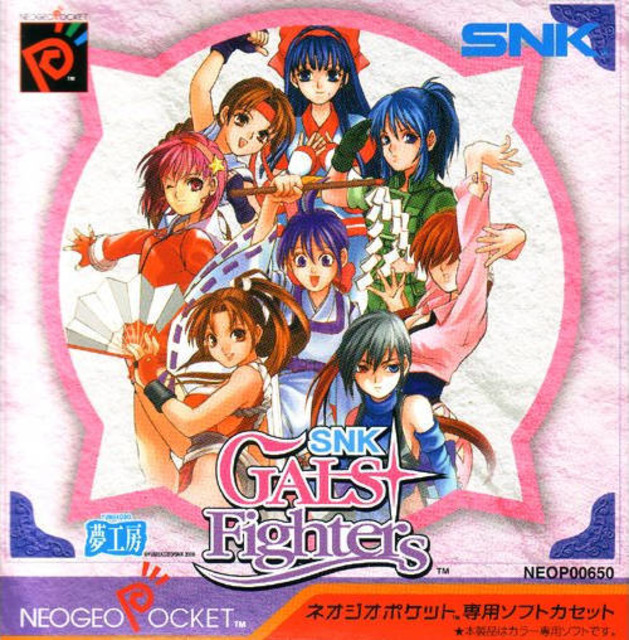