A gritty, violent adventure game set in a futuristic city. A lowly bartender must assassinate seven high profile targets who are plotting to destroy the 'Dreamweb' - the source of all balance in the universe.

Dreamweb is a point-and-click adventure game, Cyberpunk adventure game that drew influence from the Science Fiction film, Blade Runner. Though Dreamweb was not a massive commercial success, it was noted for several things. It featured a very unique top-down view, portrayed quite brutal violence, its exceptional soundtrack by Matt Seldon that helped give the game an incredibly gritty atmosphere and most infamously; Dreamweb contained, which was incredible controversy at the time, graphical portrayal of a sex scene.

In 2012, the DOS version of the game was released as freeware, it is currently available through ScummVM's website.

Dreamweb takes place in an unspecified dystopian American city. The player assumes control of the protagonist Ryan, who works as a bartender and has become increasingly plagued with dreams and visions. Before the start of the game, Ryan is visited in his dreams by the Keepers of the Dreamweb; which they claim to control the balance of the world. The Master Keeper tells Ryan that Seven Evils are uniting to destroy the Dreamweb and sends Ryan on a mission to stop them. As the game begins, Ryan awakes with the words 'I know now what I must do'.

One of the unique aspects of Dreamweb was the way in which the writer handles the story. There is a certain ambiguity within the story's premise that leaves the player unsure whether the Dreamweb actually exists or whether Ryan has become mentally unstable and is losing his grip on reality. It is backed up by the seven targets all being high ranking and famous, yet at the same time, unconnected people in his own city and also by a booklet that was released with the game entitled 'Diary of a Madman' which was written to provide back story on Ryan's dreams.

The game features a top down view which is deemed uncommon in point-and-click adventure games. This interface, despite being unique, was met with mixed reviews from critics. Another unique feature is the way in which Ryan is able to pick up almost every object in the world, though this again was met with mixed criticism as some reviewers believed it confused puzzles. Ryan also acquires a gun early on and makes frequent use of it, almost always with gory results. 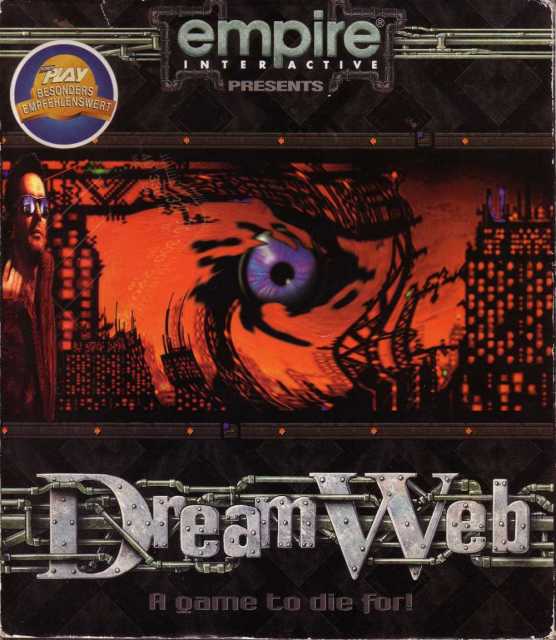