The Frozen Throne is the official expansion for Warcraft III that continues the campaign story as well as introducing new units, environments and more. The game also made a lot of balance changes to further improve the gameplay.

Warcraft III: The Frozen Throne is the expansion to the third game in Blizzard Entertainment's Warcraft real-time strategy franchise, Warcraft III: Reign of Chaos. It was released in the United States on 1st July, 2003 for PC and Macintosh platforms. The game requires an installation of Reign of Chaos to be played.

After the destruction of the Burning Legion in Azeroth and the rise of the Scourge, Warcraft III: The Frozen Throne takes place approximately 1 year after Reign of Chaos. It details Arthas' transformation into the Lich King, Illidan awakening the Naga, the introduction of the blood elves, the forming of the Forsaken, and the Horde-Alliance relations in Kalimodor. While the "main" campaign focuses on the death knight, Arthas ascending in the Frozen Throne and those whom must stopped him, it also focuses on Illidan Stormrage, after being freed from Tyrande in Reign of Chaos and the consumption of the Skull of Gul'dan. Also, the agreement to Kil'jaden, to destroy the Frozen Throne. The bonus campaign details on the Horde-Alliance relations in Kalimodor, setting its own campaign, The Founding of Durotar.

There are 4 campaigns total in this expansion(with the exception of the 4th one), starting off with the Night Elf campaign which details Maiev pursuing, Illidan Stormrage with the allegiance of the naga, former night elves of the Highbourne whom was transformed after the destruction of the Well of the Eternity(in the War of the Ancients). This "hunt" as Maiev called it, first starts off in Kalimodor, then to the depths of the Tomb of Sargaras and finally to the scourge-infested lands of Lordaeron. Whilst her "man-hunt", she encountered many other roles from the original game as well as new faces. The Human campaign details the aftermath of Lordaeron's destruction, but follows a blood elf prince, Kael'thas renaming the High Elves into Blood Elves, as he assisted Lord Garithos into retaking Lordaeron, but not all went well when this racist leader, imprisoned Kael'thas and his blood elves for "consorting" with the Naga. Lady Vashj whom assisted Kael through the chapter, helped him out of Dalaran's Prison and promised to help Kael and his blood elves' addiction to magic. And that promise leads to Illidan whom now resides in the Outland, after the last campaign, whom failed destroying the Frozen Throne. Officially, the last campaign details, Arthas, the self-proclaimed king of Lordaeron whom was heeded the call of Ner'zhul, a former orc warlock during the Second War but imprisoned in the Frozen Throne telling Arthas to go to Icecrown Glacier in Northrend from the wrath of Kil'jaeden. Whilst his journey, the Dreadlords tries to take back Lordaeron for the Burning Legion and the newly formed Forsaken under the leader of Sylvanas Windrunner, a ranger general of Quel'Thalas whom was turned into a undead from Arthas, taking a vengeance on him. In Northrend, he was assisted by the Nerubians whom led Arthas into the depths to a shortcut into Icecrown Glacier, where Illidan duels Arthas in their final fight to the destruction or ascension to the Frozen Throne.

The 4th campaign is a bonus one. Although it doesn't focus on the main campaign, it focuses on the Horde-Alliance relations in Kalimodor, and the introduction of Rexxar, a Beastmaster. This bonus campaign doesn't feel like a RTS but rather than a RPG which was the last bridge until the introduction of World of Warcraft. It details on a wanderer, Rexxar and his bear companion Misha, who help an Orc messenger which leads to defending and developing a home for the Orcs. On his adventures, he meets heroes from Reign of Chaos and also new ones too. This bonus campaign through story and the elements officially leads to World of Warcraft, with more old hatreds from both factions and more surprises in each subsequent patches and expansions.

In addition to the units in Warcraft III: Reign of Chaos, The Frozen Throne gives each race additional unique units, and adds a neutral race and heroes, further neutral heroes were added in subsequent patches.

The powerful Custom Map Editor was further upgraded, spawning the popularity of many custom maps such as Defense of the Ancients, the first Blizzard endorsed custom game map.

Each race was given an additional Hero unit, bringing the number of Heroes per race to four.

Also introduced were new Neutral Heroes, purchasable by any race at a Tavern. Through updates, more Neutral heroes were added.

Warcraft III's multiplayer on Battle.net has a mysterious custom games button where everything can change. In Warcraft III the maps decide the complete gameplay experience, that allowed the community to divert from standard Warcraft skirmish gameplay and make brilliant map types such as TD's. This chapter will describe some of the most popular types of custom games you will find.

The standard objective of a tower defense, or TD, is to destroy or survive from several waves of creeps traveling through the maze of towers you build. Every creep kill yields money, which you can use to upgrade your towers to thwart newer, tougher creeps. Some TD's throw in unique objectives, but almost all adhere to these basic elements. Since the appearance of a Flash version of this gametype on the web a lot more people have been made aware of the tower defence concept. If you like one of them, you will probably want to try them all. Here are just a few of the more popular TD's:

Footman Frenzy (commonly referred to as "Footies") is another popular custom map for Warcraft III. This map has 4 separate teams each can have up to 3 people per side. These sides automatically have a human footman spawn beginning at the start of the game every 4 seconds. The goal then is to kill the other teams footmen while trying to save your own, upgrading your units' defence, attack, and attack speed or saving to upgrade your fortress which then will change your unit to a more powerful one. To win this game usually requires a mix of knowing when to upgrade your units and when to save for a new unit for maximum efficiency. Heroes also play an important role in this map and can often turn the tides of battle, every player may pick a hero at the start, but a strategy may be to not pick one and save the gold to upgrade their units.

One of the first custom maps released for Warcraft III this map pits up to 8 players playing as Priestess of the Moon hero's to complete a inward spiral of 'hallways' filled with enemy wolves that kill the player upon contact. These wolves randomly move about their hallway with safe places at the end of each hallway, players can be resurrected by other players touching their left behind 'gravestone- a circle of power' or completing the whole current level. All the skills and items within the game are focused on speeding up the player or trapping a single enemy wolf to slip by him.

Defense of the Ancients

Defense of the Ancients (or DotA) is a Multiplayer Online Battle Arena (MOBA) and one of the most popular custom games available for Warcraft III. The game is split between two factions, scourge

and Sentinel, each on their own corner of the map. Players control a Hero unit from one of the many taverns and attempt to destroy the rival team by gaining experience, abilities and weaponry. Groups of non-playable troops are dispatched in timed periods from their respective bases, and they meet somewhere in the middle to fight. Players aid their team by manipulating the tides of battle and gaining gold from successful kills. As the Heroes get stronger, the stakes become higher and troop balance becomes unstable, until eventually one team dominates the other through troop progress and the killing capacity of their heroes. A user known only as IceFrog is the curator of the current version of DotA Allstars. He was hired by Valve and now works on the upcoming Dota 2.

Castle Fight is a Warcraft III Custom game made by Gex. The game can support up to twelve players; six on the West team and six on the East. The object of the game is to destroy the opposite team's castle. Each player only controls one builder. Players don't engage each other directly; they can build unit spawning buildings, towers, support buildings, artilery buildings, treasure boxes and buy items at the side's castle. The unit buildings will create non-controlable units that move towards the enemy's castle and will engage any enemy unit or building on it's way. The towers will defend incoming enemy units. Support buildings can alter the status of on-screen units and buildings like added evasion, reduced defence or increased health regeneration. Artilery buildings will directly attack the enemy's buildings. Treasure boxes increase the player's income. Finally, items are carried by the worker and have various abilites like damaging enemy units, giving off auras and increaseing damage of allied units and healing nearby buildings. The players gain gold, to build and buy the buildings and items, by killing enemy units and buildings and the income from their own unit buildings. The unit buildings also create wood that allow the player to create the support and artilery buildings. There is a food limit of one in Castle Fight that is reserved for the race's ultimate building. Players can buy one additional food at the castle through the item called cheese. The races of Castle Fight are:

The resuce strike is a powerful move that each player can only use once per match, It will destroy every enemy unit in the large area of effect.

The red player can modify the game with various commands. The player can chose if all the players will pick the races or they will be drafted randomly, how many rounds the game will last, the amount of time fog of war will be in effect, if bot players will replace the human players when the leave and a wide variety of other things. 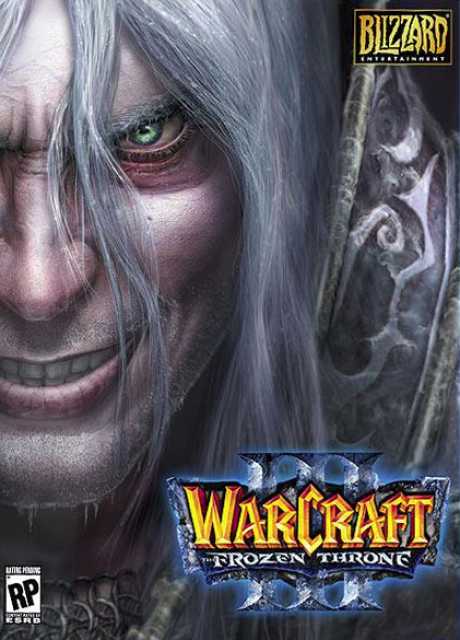