Centurion: Defender of Rome is a turn-based strategy game with real-time combat much like the Creative Assembly's Total War series. It debuted on DOS-based PCs and was later ported to the Commodore Amiga and Sega Genesis. Bits of Magic developed the computer versions, though Electronic Arts themselves created the Genesis port.

It is functionally similar to director Kellyn Beck's earlier game Defender of the Crown, but transplanted to Ancient Rome. The player, as a nameless centurion, must rally his legions and earn enough fame through conquest and leadership to become the new Caesar. 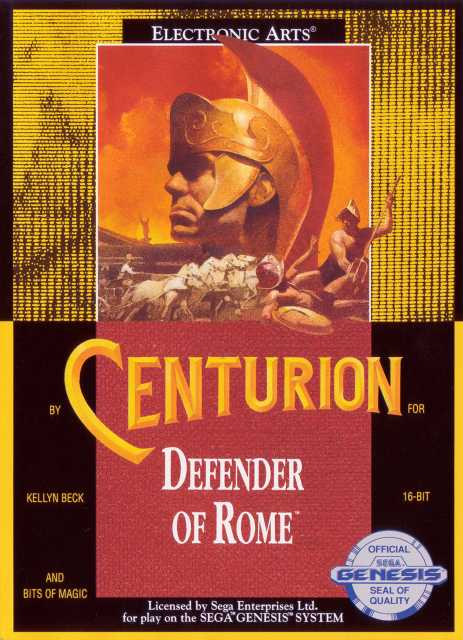