A fast-paced soccer game played on a 3D pitch. The SNES version is known as "World Soccer" in Japan, "Striker" in Europe, "World Soccer '94: Road to Glory" in North America and "Eric Cantona Football Challenge" in France.

The first game in the cult Striker series, this game features fast paced soccer similar to Sensible Soccer although Striker uses a 3D top-down view. The game has sixty-four selectable International teams that range from Brazil to Qatar. Every team is editable from the options menu.

The game was followed by multiple sequels. World Cup Striker (known as Elite Soccer in the US) came out for the Super Nintendo the following year. Striker Pro, Striker World Cup Special and Striker '96 are all from the same series as well.

Striker has one of the largest selections of national teams of any Arcade-style soccer game. They include: 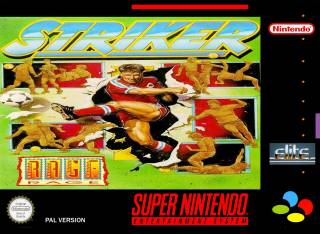