Dungeon Maker: Hunting Grounds lets you build and create your own dungeon so you can attract monsters for the slaughter.
PlayStation Portable PlayStation Network (PSP)

Dungeon Maker: Hunting Grounds is a dungeon crawler Action RPG. Developed by Global A Entertainment and published by XSEED Games in 2007, the main feature of the game that separates it from other games in the genre is being able to create dungeons to attract monsters.

The player's character arrives in a monster-plagued town as an amateur dungeon architect. The townspeople are tired of being constantly assaulted by the monsters so they are ready to take any help they can get. They quickly point the player toward a cave just a bit outside the city gates that could supposedly be repurposed into a dungeon that would attract monsters there instead of toward the town. The player is handed a few room kits and dungeon pieces by the local carpenter, and heads off to the cave to start its adventure.

Every day the player will travel through the dungeons that were previously set up and kill monsters to collect loot and money. Loot is mainly new weapons and armor; the collected money can be used to purchase new rooms and building kits from the carpenter, as well as potions from the local old hag, and spellbooks from a set of young mage twins. During dungeon scrounging it's possible to find ingredients like different meats and plants that can be used in dishes. Cooking a dish will usually give moderate to large boost in a certain stat depending on the ingredient's rarity. Character growth is handled depending on what kind of armor and weapons the player uses as well as cooking.

The player accesses his inventory of building kits using one button and then selects what he wants to use from a list. At first, it is only possible to access hallway and small room kits, but eventually, the player gets access to treasure rooms where monsters where occasionally hide their valuables, fountain rooms for attracting thirsty monsters, and chapels for attracting the undead.

Along with the basic rooms, most rooms can also be skinned with different floors to make them appeal to different monsters. For example, goblins will like to dwell in dirty, untouched corridors, rooms, and wooded areas, but an evil knight will most likely only be found if a fancy bedroom was set up. 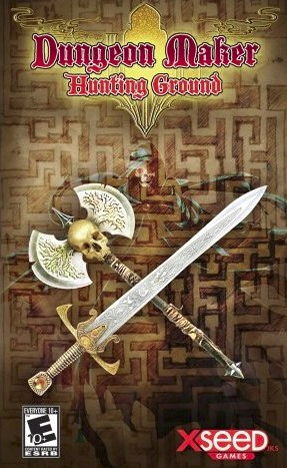