A remake of the PC first-person/third-person shooter Iron Storm.
PlayStation 2

World War Zero: Iron Storm is a remake of the PC first-person/third-person shooter Iron Storm. Developed by Rebellion, the remake includes updated graphics and updated mission design. The game was released in Europe for the PS2 in 2004 but it was later ported back to the PC in 2005.

The game is set in an alternate version of the year 1964 in which WWI never ended. A Baron named Ugenberg seized Mongolia in 1921 in the Russian Revolution and later crushed the Bolsheviks. His plan was to established a new empire. An alliance consisting of the US and Western Europe try to stop Ugenberg in 1933. The player takes the role of Lieutenant James Anderson, only 19 when he joined the Alliance in 1943, and now a legend. He is assigned to stop the development of a deadly weapon that could destroy the world. The story then starts to unfold as the player goes through diverse locations all over Europe. 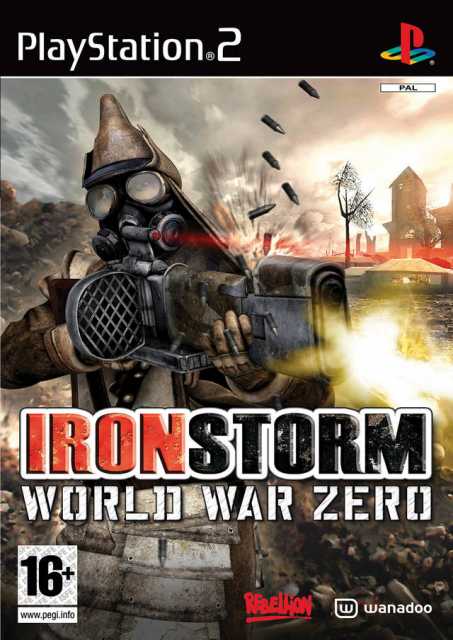