Indiana Jones and The Last Crusade: The Graphic Adventure

Indiana Jones and The Last Crusade: The Graphic Adventure was developed by LucasArts and is a recreation of the third Indiana Jones film in adventure game form.

Indiana Jones and The Last Crusade is a point and click adventure game based on the movie of the same name. While it follows the plot of the film in broad terms, it also adds to existing sequences for the film, or creates new ones altogether, presumably to flesh out the experience. Unlike later LucasArts titles, it is possible for the protagonist to die.

The game also features music from John Williams' score to the film. If you didn't have a soundcard this would be limited to short bursts of PC speaker jingles.

Escape from Monkey Island Loom Broken Sword: The Shadow of the Templars Flight of the Amazon Queen The Secret of Monkey Island The Curse of Monkey Island Pajama Sam 2: Thunder and Lightning Aren't so Frightening Pajama Sam: No Need to Hide When It’s Dark Outside A New Beginning Nikopol: Secrets of the Immortals Zak McKracken and the Alien Mindbenders Strong Bad's Cool Game for Attractive People Episode 3: Baddest of the Bands Gray Matter Silent Hill: Play Novel Full Throttle: Payback Lost Horizon The Adventures of Maddog Williams in the Dungeons of Duridian 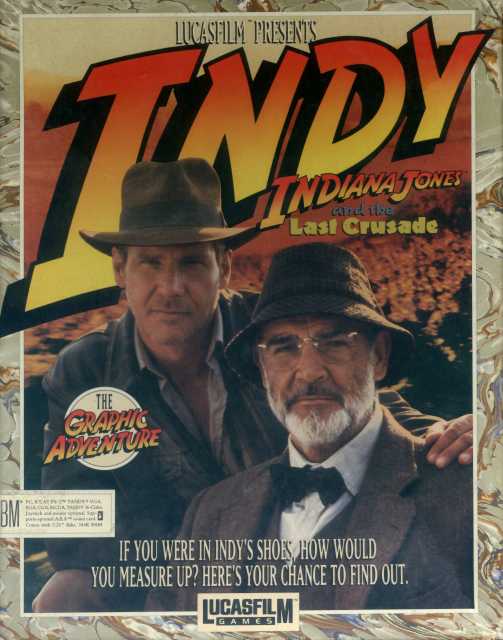