Released originally in 2001, Spy Hunter is a remake of the 1983 classic arcade game.
Game Boy Advance

Spy Hunter is a remake of the arcade game of the same title, a globe-trotting action/driving game from Midway in which the player uses Bond-esque gadgets like oil slicks, smoke screens, machine guns, trackers, ray guns, etc. to destroy enemy vehicles and complete objectives within a time limit. The player is pitted against the S.P.E.C.T.R.E-like organisation NOSTRA. There are 14 missions spanning locations around the globe, like Frankfurt, Venice, Pamana & Florida to complete in which the G-6155 Interceptor will morph between car, boat and when it's taken substantial damage, a motorcycle. 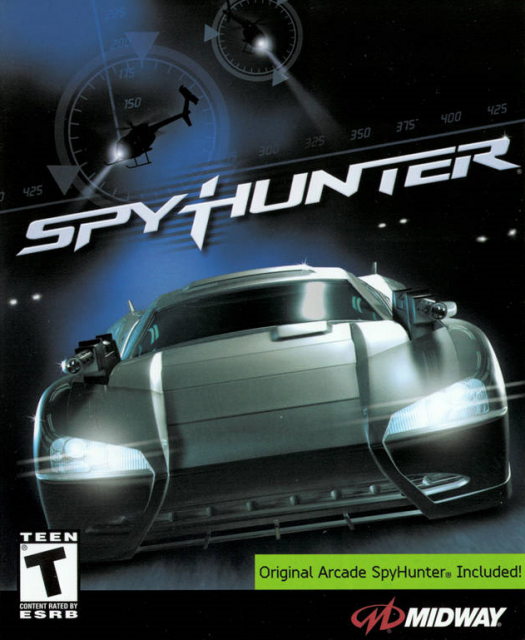