Go from a local unknown to a superstar skater in the fifth installment of the Tony Hawk franchise, adding a new story mode, new tricks (including wallplanting and the ability to travel on foot), and enhanced character creation (including face mapping and trick creation).
Game Boy Advance PlayStation 2

Tony Hawk's Underground (known in Japan as Tony Hawk's Pro Skater 2003) is a skateboarding game developed by Neversoft and published by Activision or the PlayStation 2, Xbox, and GameCube on October 27, 2003. The fifth installment of the long-running Tony Hawk franchise and the sequel to Tony Hawk's Pro Skater 4, Tony Hawk's Underground is the first main game in the franchise to disband the "Pro Skater" name, adding a brand new story mode (in which the player's custom skater rises from a local unknown to a superstar). The game also introduces the ability to travel on foot (allowing players to navigate certain areas easier, either in or out of a combo chain, while allowing them to climb to places unreachable by skating), ability to wallplant and wallpush (pushing the skater off the wall when approaching it straight on), and limited vehicle gameplay.

The game also introduces enhanced character creation, as players can create tricks using the Create-A-Trick mode and map custom faces to their skaters (PlayStation 2 version only). Players can also create custom objectives for both regular and custom maps using the new Create-A-Goal mode.

This game was ported to the PC (in Australia only) by Beenox sometime in 2004. A handheld version was also developed for the Game Boy Advance by Vicarious Visions, maintaining the 2D isometric gameplay from the handheld versions of the previous four installments of the franchise.

Tony Hawk's Underground, like previous installments in the series, features crossover characters from different franchises as hidden playable skaters: Gene Simmons (the bassist from the band KISS) and Iron Man (a superhero from the Marvel franchise of the same name). Players can also unlock three levels from Tony Hawk's Pro Skater 2: Hangar, School 2, and Venice Beach.

New features for the game included the ability to get off of the skateboard (to walk around the level, or in the middle of a combo for a few seconds), the ability to drive cars, and the ability to create tricks, skateboard decks, clothing, and custom goals and share them online. Another new online feature was the ability to upload a picture of the player and then map it onto their created skater's face. Also included were a few new skateboarding moves - the "wall push", the "wall plant", the "hip transfer", and the "acid drop". The amount of tricks per skater was increased with double-tap grinds and more assignable slots for special tricks.

The game's story centers around a player created character and his friend Eric Sparrow. Both are up and coming skateboarders looking to become sponsored pros. Throughout the game, the player's character travels to different cities (each a different level in the game) and performs a series of tasks for different people (which in turn advances the story). Each level also includes a professional skater who can be approached and will give the player the ability to do a new "special trick" if their goal is accomplished. 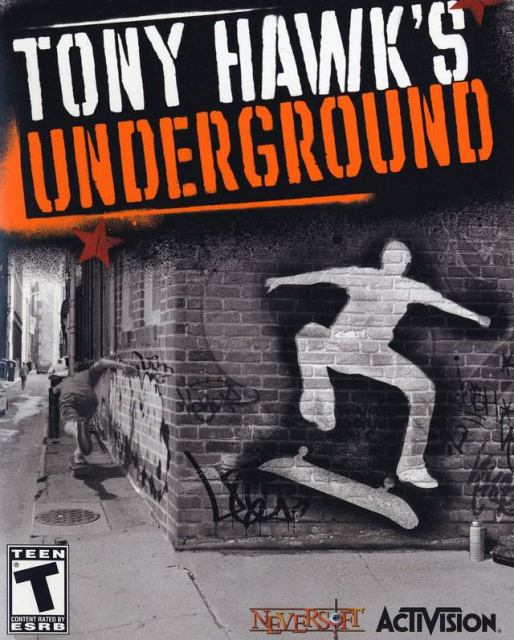