A modern reimagining of the classic Arcade horizontal shoot 'em up from Williams. Exclusive to the Jaguar.

Defender 2000 is a late-era Jaguar game and one of the many Atari Games adaptations of classic Arcade games for that console. Noted programmer Jeff Minter, who also helped develop Jaguar's earlier Arcade remake Tempest 2000, was responsible for the game's coding and much of its new content.

The goal of the game is identical to the 1981 version of Defender: the player has to travel a horizontal stage that wraps around in order to protect the various humans running around on the surface from flying "Hunter" enemies and other alien craft. If a Hunter captures a human, it will take them up to the top of the screen and use it to morph into a powerful "Mutant" craft that then homes in on the player.

The game has three modes: the titular Defender 2000 with the enhanced graphics and various extra features such as bonus stages and power-ups; a recreation of the original Arcade game in Defender Classic; and a bridge between the two, Defender Plus, that includes some of the new enemies and weapons. 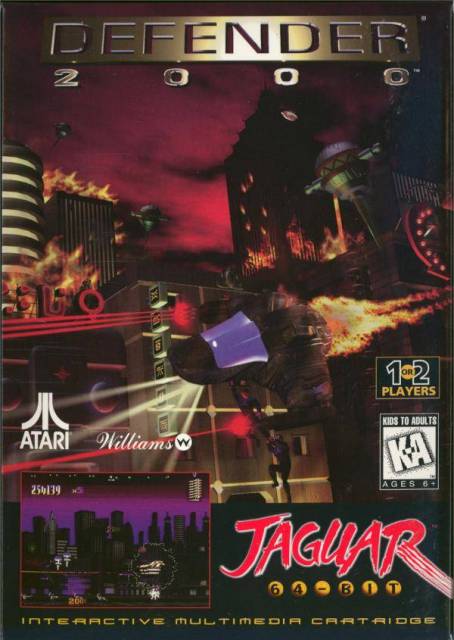