Tony Hawk's Underground 2 is a skateboarding game developed by Neversoft and published by Activision or the PlayStation 2, Xbox, GameCube, and PC on October 4, 2004. The sixth installment of the long-running Tony Hawk franchise, the game features a new story mode starring the player's custom skater (similar to its predecessor, Tony Hawk's Underground). In the story, the player is kidnapped by professional skaters Tony Hawk and Bam Margera, only to find that they are staging a "World Destruction Tour", a crazy unpublicized around-the-world skateboarding tour (complete with intense vandalism and complete havoc, similar to the Jackass franchise) where the skaters (both professional and novice) are split up into two teams: Team Hawk and Team Bam. As part of Team Hawk, players try to complete crazy objectives in each location to earn "points" for their team.

Two handheld versions of the game were released: one for the Game Boy Advance (developed by Vicarious Visions) and one for the PSP. The Game Boy Advance version, released at the same time as the console versions, maintains the 2D isometric gameplay from the handheld versions of the previous five installments of the franchise. The PSP version, released on March 15, 2005, is titled Tony Hawk's Underground 2 Remix and features four new levels.

Tony Hawk's Underground 2, like previous installments in the series, features crossover characters from different franchises as hidden playable skaters: Shrek (a cartoon ogre from the DreamWorks franchise of the same name) and an American World War II soldier from the Call of Duty franchise. Players can also unlock the Tony Hawk model from the original Tony Hawk's Pro Skater as a playable skater.

The player begins the game by creating a character, or using the default created skater. The game starts when the created skater (or the default) is seen ripping it up at a local spot, and is promptly grabbed and tossed into a black van. Inside they find other skaters who have been kidnapped. Then, Bam Margera and Tony Hawk explain their plans for the first annual World Destruction Tour, a "sick-as-hell" around-the-world skateboarding tour. The main goal of the World Destruction Tour is to create havoc, and have a good time.

The skaters then split into two teams, Team Hawk and Team Bam, and the player is picked last out of the group, but joins Team Hawk. The tour goes to real world locations like Boston, Spain, Australia, New Orleans, and more, with the two teams competing for points by doing silly and dangerous stunts. The story is very lighthearted and just plain silly at times, featuring such characters like Big Foot, and skeletons doing the bidding of the dead. The player briefly joins Team Bam but it doesn't work out, and they go back to Team Hawk. Later in the game, the teams meet Nigel Beaverhausen, a strange documentarist, who wants to film the tour for the public. Both teams refuse, and instead play a joke on him. After meeting with him the second time they agree, but only because he promises to pay for the whole trip. The game ends at Skatopia, a skaters heaven. Here, the player character ruins Bam's planned firework destruction of the place when he gets out of control, thus ending the Destruction Tour.

The player can skate around in a 3D environment modeled after various cities and attempts to complete various goals. Most goals involve skating on or over various objects or performing combos. In this game the player can play as multiple characters in the story mode as they find them, some of them using vehicles besides skateboards (like a battery powered wheelchair).

New features have been added to the series such as tricks like flips and rolls. Another new feature is a graffiti spray mechanic, that allows the player to create a tag and spray it wherever they desire. When the player character falls off their board they can perform a 'freak out' where the character gets angry and get points which then can be used for a combo. They can also climb up ledges and shimmy, creating more opportunities for skating. 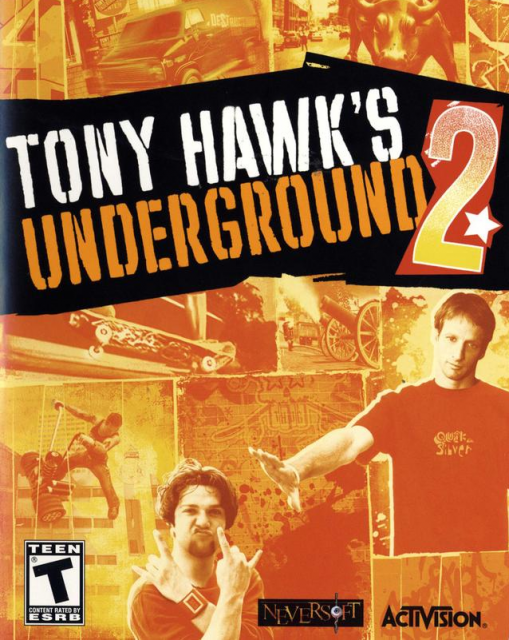