Fighting Force is a beat-'em-up released in 1997 for the PlayStation.

Fighting Force was released in 1997 for the PlayStation by Core Design, the creators of Tomb Raider. You have four characters to pick from, Hawk, Smasher, Alana, and Mace. They all have pretty much the same moves but each character has different aerial and special moves. You fight through 7 stages, with 22 levels. One memorable feature is the option to tear street posts and railings from their foundations and use them as weaponry. Car trunks can also be hit open to drop numerous other weapons.

In structure, the game is a return to the form of classic brawlers like Final Fight. The game implemented the classic mechanics of old-school brawlers where when a certain button is pushed, health is sacrificed to perform a special move. The game, like most brawlers, is pretty much devoid of plot, with the only real purpose to get to the end of the level where the boss is. 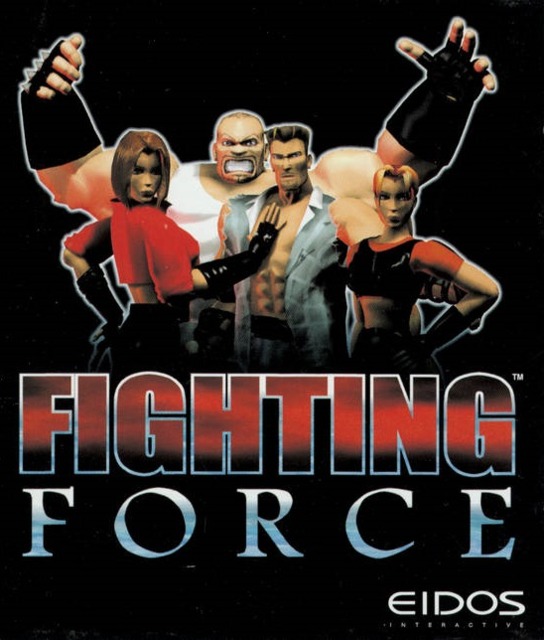