Dragon Slayer is an action RPG designed by Yoshio Kiya and developed by Nihon Falcom. The title helped to pioneer the action RPG genre in Japan and spawned many sequels that would spin-off into their own franchises over time.

Dragon Slayer is an action RPG developed by Nihon Falcom and designed by Yoshio Kiya. The title was originally released on September 10, 1984 for the NEC PC-88 computer and became a big success in Japan at the time. Dragon Slayer began the Dragon Slayer series, a banner which encompasses a number of popular Falcom titles such as Xanadu, Legacy of the Wizard, Sorcerian, and The Legend of Heroes.

Dragon Slayer is regarded as one of the progenitors of the action RPG genre in Japan. In contrast to earlier turn-based titles, Dragon Slayer was a dungeon crawl RPG that was entirely real-time, with action-oriented combat where the player bumps into enemies to attack them. In some ways, the foundations of Dragon Slayer's action RPG gameplay can already be seen in Yoshio Kiya's previous 1983 game Panorama Toh. Dragon Slayer featured an in-game map to help with the dungeon-crawling, required item management due to the inventory being limited to one item at a time, and introduced the use of item-based puzzles. 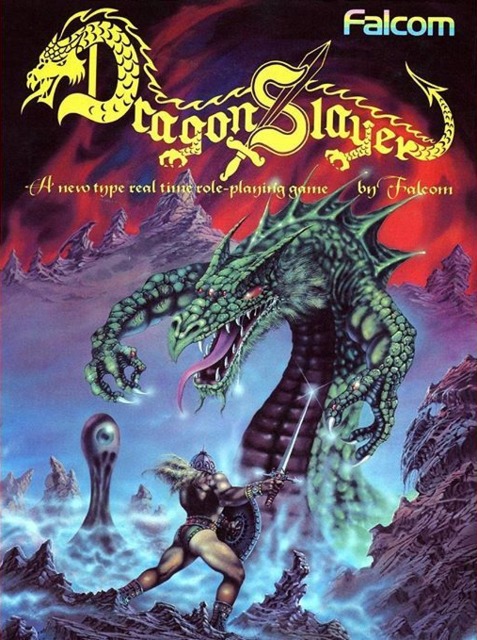