A remake of the first two games in TGL's long-running Farland series of turn-based strategy RPGs combined together. The hero Arc is forced to rescue his beloved Ferio from the mysterious Black Knight.

Farland Story: Yottsu no Fuuin is a fantasy-themed turn-based strategy RPG and a graphically remastered remake of the first Farland Story, which debuted on the PC-9801 in 1992, combined with its sequel Farland Story Denki: Arc Ou no Ensei.

The player, as Arc (unrelated to Arc the Lad, another strategy RPG series), is walking with his friend Randia when an enigmatic Black Knight appears to kidnap his girlfriend Ferio. Arc puts together a band of heroes to pursue the Black Knight and defeat his forces in multiple battles.

Like the other games in the Farland series it did not see an official English localization. 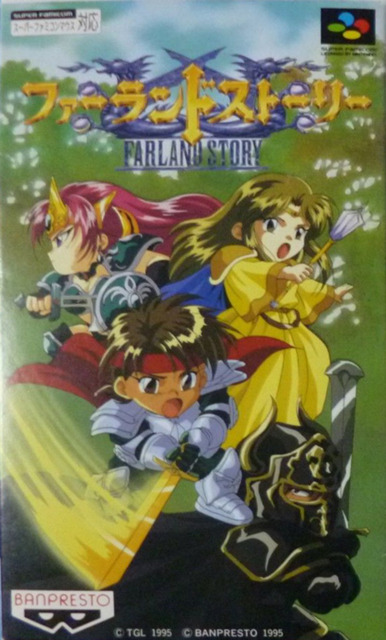