Empire Earth II is the second major instillation in the EE franchise from Mad Doc Software.

Empire Earth II was originally developed by Mad Doc Software, which later became Rockstar New England, and published by Sierra Entertainment. The game has three campaigns (American, Korean, and German), 14 playable civilizations, as well as online muliplayer with up to 10 players in any one map with 9 customizable victory conditions.

Like many in the genre before it, each of the playable civilizations have specific areas in which they excel. However, most of the innovations in Empire Earth II have to do with citizen management and battlefield management. The PIP(Picture-in-Picture) allows the player to view two areas at any given time, also allowing several queued PIP locations that can be switched on the fly. The PIP can be assigned to look at a specific location or unit. Another addition is the war planner, which is essentially a top down view of the battlefield showing known locations of allies, enemies, and movement plans. This allows players to easily coordinate attacks on a common enemy, which is especially useful in multiplayer game. 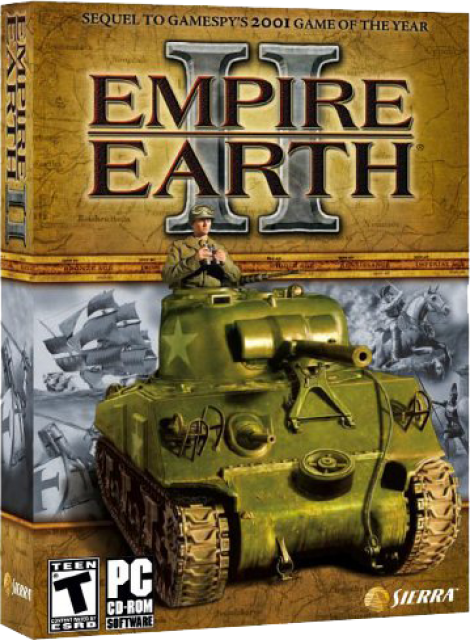